Jennifer Grey looked back on the devastating car crash she suffered with Matthew Broderick in a new interview with ET shared Thursday.

The 62-year-old Dirty Dancing star spoke about the collision, which occurred on August 5, 1987, in Northern Ireland, while promoting her new book Out Of The Corner: A Memoir.

‘The car accident in Ireland was, I would say, top three traumas of my life, maybe top one,’ the actress said, admitting that it still haunts her to this day. 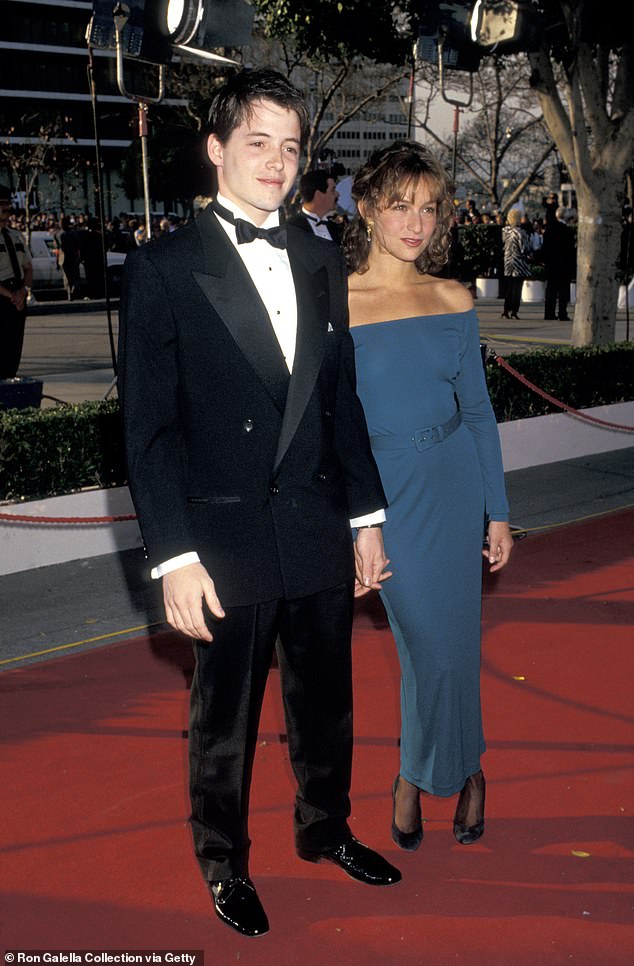 Bad days: Jennifer Grey called Matthew Broderick’s 1987 car crash — which killed two women in Northern Ireland — ‘top three traumas of my life’ in an interview with ET from Thursday; seen together in 1987

‘It’s very hard to describe when you have a near-death experience and are present for the death of other people,’ Jennifer continued. ‘Being alone on a country road in the middle of nowhere with nobody else around or conscious was pretty terrifying… It led to so many other things in my life.’

She and Matthew were vacationing in Northern Ireland after they had started a secret relationship while filming their hit comedy Ferris Bueller’s Day Off, which was released in 1986.

Matthew was behind the wheel of a BMW that they had rented when he crossed the center line and hit a car driven by Margaret Doherty, 63, and her daughter Anna Gallagher, 28.

Both women were killed instantly in the crash, and Matthew was left unconscious with serious injuries. 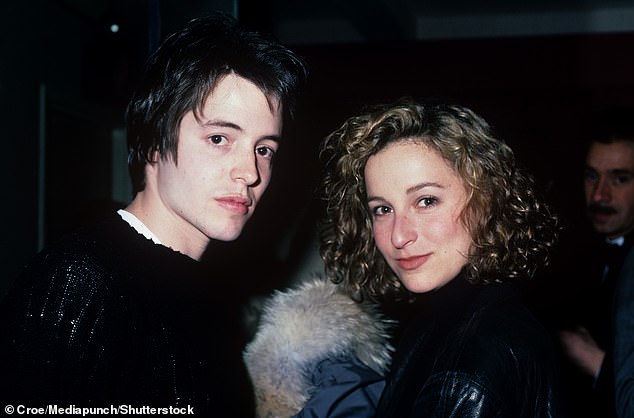 Devastating: They were driving a rented car in Northern Ireland when Matthew drifted over the center line and hit the other car. The two women in it were killed, and he was seriously injured and unconscious 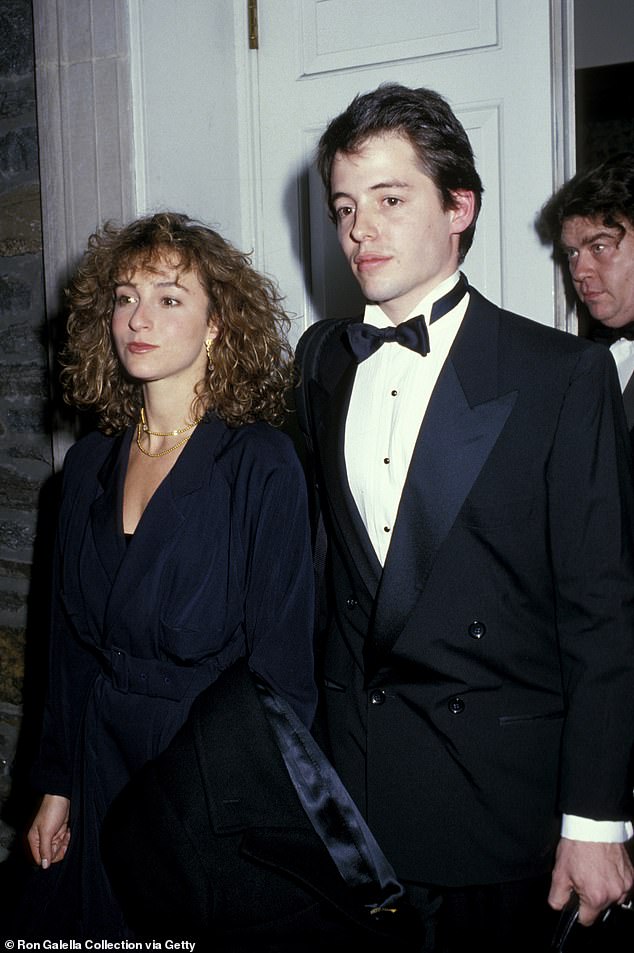 Terrifying: ‘I was the sole living witness, because Matthew had survived, but he was unconscious and had amnesia and was very badly injured. I thought he was dead,’ she shared; seen in 1987

Jennifer found the incident to be particularly traumatic, as she was the only person left alive and conscious after the wreck while alone on the road.

‘I was the sole living witness, because Matthew had survived, but he was unconscious and had amnesia and was very badly injured. I thought he was dead,’ she shared, with emotion rising in her voice. ‘I didn’t even know there were two other women who were tragically killed at the time. It’s just something that you just don’t come back from in the same way.’

The crash has dogged Broderick for years, and some fans have spread rumors about its cause, but Grey claimed that there wasn’t anything sinister about the events leading up to the crash.

‘I wasn’t holding any information that people seem to think I did because they wanted an answer and there was no answer because it was an accident,’ she said. ‘And [Matthew] was a great driver, and nobody was drinking. It was just an accident. And it was tragic, and I think about the family in Ireland all the time.’ 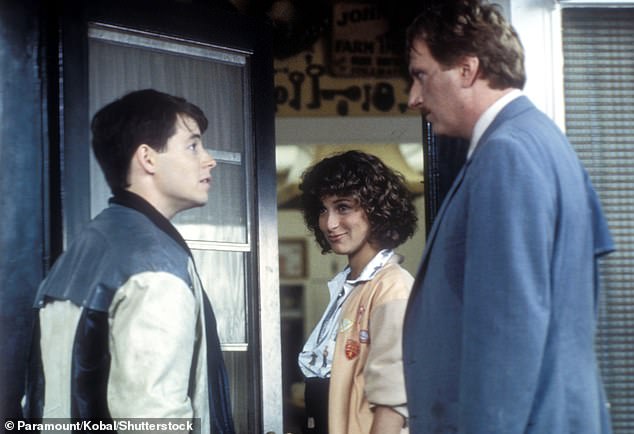 Work romance: She and Broderick began dating and got engaged while filming 1986’s Ferris Bueller’s Day Off (pictured) 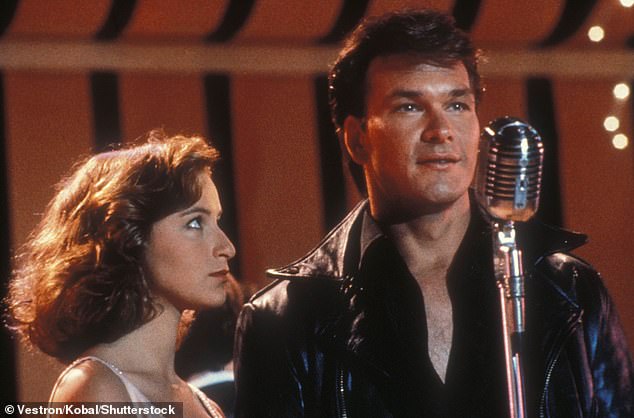 Soured: The couple had been vacationing after Jennifer finished filming her classic romance Dirty Dancing, which costarred Patrick Swayze, but its aftermath made it difficult for her to enjoy the strong reaction to the movie

The couple had been vacationing after Jennifer finished filming her classic romance Dirty Dancing, which costarred Patrick Swayze, but its aftermath made it difficult for her to enjoy the strong reaction to the movie.

She and Broderick, who had gotten engaged during the filming of Ferris Bueller, would break up not long after the accident in 1988.

Broderick later married Sarah Jessica Parker in 1997, and Grey was married to actor Clark Gregg from 2001 to 2021.

Following her brief romance with Broderick, Grey rebounded with another A-list relationship with Johnny Depp. 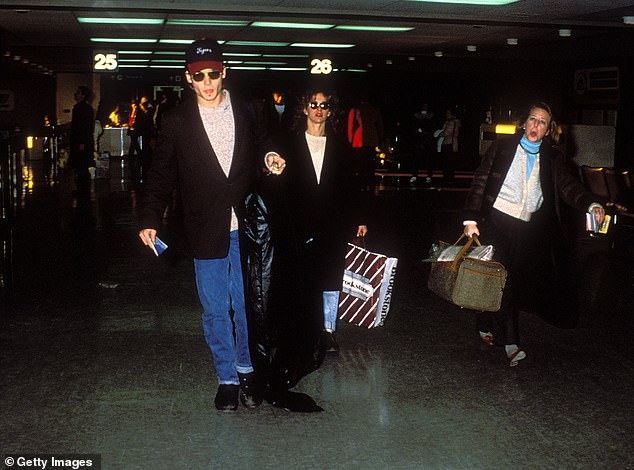 Moving on: Following her brief romance with Broderick, Grey rebounded with another A-list relationship with Johnny Depp, though she accused him of being ‘crazy jealous and paranoid’ in her memoir; seen in 1989

‘We were young… To me, this guy was the answer to my problems. This guy was sweet, and loving, and romantic, and crazy about me, and beautiful. I was in desperate need of rebounding into something that looked and felt like 1989 Johnny Depp,’ she recounted. ‘Trust me, it was a very soft landing. It was necessary. I was bleeding out inside and this guy saved me and just made me… not feel what I was feeling.’

But Jennifer also accused her former love of being ‘crazy jealous and paranoid’ in her memoir.

‘All I can say about that trial is that it breaks my heart for everybody involved,” Grey said of Depp’s ongoing defamation lawsuit against his ex-wife Amber Heard. ‘I just think it’s sad and I wish it was resolved and I just wish everybody well.’

Cramers lightning round: Chubb is a great company – CNBC

Two people have been badly...