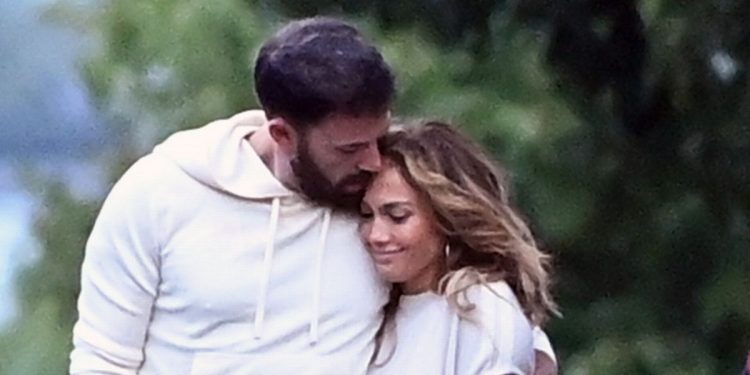 Jennifer Lopez has recently spoken out about her first relationship with actor Ben Affleck, as the pair show that they now have what it takes for romance to blossom.

J Lo has now said that their relationship had no chance over survival due to cruel critics who “destroyed” them in “brutal” fashion.

Speaking to Rolling StoneJen opened up about the pressures the pair had to endure as they tried to make a future together.

She told the publication: “It was brutal. It’s one of those things that you bury very deeply so you can move on and get about your business.

“It’s funny because Ben and I were together, and we were so in love. It was one of the happiest times of my life.”

Jennifer Lopez and Ben Affleck appear stronger than ever
(

Jennifer then added: “But also, there was this other thing happening where we were being criticised, and it really destroyed our relationship from the inside out, because we were just too young to understand at that time what were really the most important things in life.”

The couple were targeted by satirical shows on TV as comedians ripped into them on an almost daily basis.

In one episode of South Park, Jennifer was referred to as a “mean spirited b**ch” while her Latin background was mocked.

Last year, Jen and Ben rekindled their romance and last week Jennifer announced that she had accepted a proposal from Ben to get engaged for a second time.

In a video posted to her website, Jennifer revealed that she was naked in the bath when Ben popped the question.

She wrote in an accompanying post: “Did you ever imagine your biggest dream could come true?

“Saturday night while at my favourite place on earth (in the bubble bath), my beautiful love got on one knee and proposed.

“I was taken totally off guard and just looked in his eyes smiling and crying at the same time trying hard to get my head around the fact that after 20 years this was happening all over again, I was quite literally speechless and he said, ‘is that a yes?’ I said YES of course that’s a YES.'”

Jennifer Lopez and Ben Affleck are engaged for the second time
(

Jennifer continued: “I was smiling so big and tears were coming down my face, feeling so incredibly happy and whole.

“It was nothing fancy at all, but it was the most romantic thing I could’ve ever imagined… just a quiet Saturday night at home, two people promising to always be there for each other. Two very lucky people. Who got a second chance at true love.”