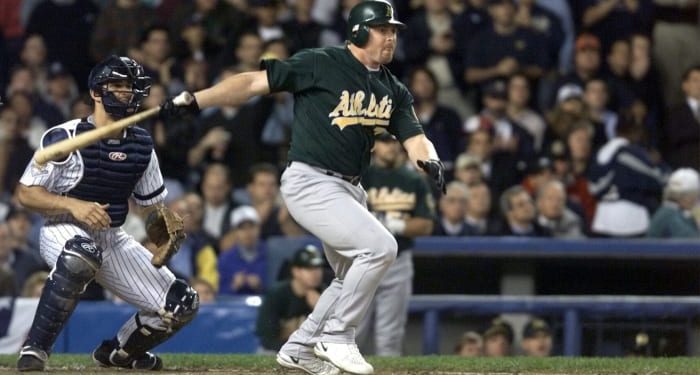 The 47-year-old was at his parents’ home when he died Wednesday. The A’s released a statement in remembrance of Giambi.

“We are heartbroken to learn of the passing of a member of our Green and Gold family, Jeremy Giambi. We offer our condolences to Jeanne, Jason, and his family and friends.”

Giambi played for six years in MLB after he was drafted by the Royals in the 1996 draft. He played in Kansas City for two seasons before being traded to the Athletics prior to the 2000 season, pairing him with his brother, Jason, who played 20 seasons in the majors. He rose to prominence in Oakland, hitting .272/.374/.445 with 30 homers in 270 games over parts of three seasons.

Jeremy was traded to the Phillies in the middle of the ’02 campaign before spending his final year in the majors with the Red Sox in 2003. He batted .263 and hit 52 home runs with 209 RBI for his career, but he was one of 89 players named in the Mitchell Report on alleged steroid use in baseball.

Why is there an AR mushroom cloud over Santa Monica Pier?