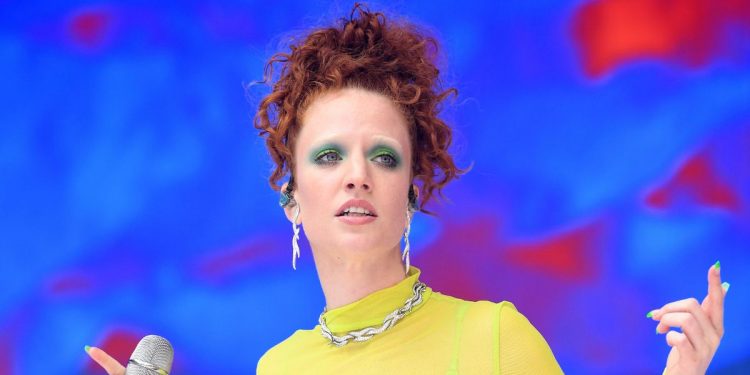 Jess Glynne ‘splits’ from record label after ‘disagreements’ about her future (

Jess Glynne has reportedly parted ways from her record label, Atlantic Records, after ‘disagreements’ about her future.

It was claimed that the star wanted to step outside the box in terms of her usually radio-friendly music. However, her and her label weren’t on the same page.

“There were a series of discussions and everyone was on a different page,” an insider told The Sun. “Jess felt she had earned the right to control the direction of her music.

“It came down to Jess wanting to produce music that resonates with her over churning out radio-friendly hits.”

The source went on to say that the singer wants to ‘reset her career’ after her brief break.

Mirror have contacted reps and Atlantic Records for comment.

She reportedly had a ‘disagreement’ with her label
(

Just last week, the Hold My Hand singer cancelled the show she was due to perform in Thetford Forest this summer. It will not be rescheduled.

The musician has been keeping a low profile in recent years and even deleted her Instagram last year following backlash over an offensive comment she made.

She made the offensive and ‘unacceptable’ remark early last year in a now-deleted clip as she told Mo about visiting a ‘tranny strip club’ with her ‘bad man’ friend, outraging listeners.

Jess said on the episode: “This is probably the funniest bit. We got to the end our like, trail, whatever, it was like a tranny, like, strip club thing.

“There was just men dressed…”

The star wanted to move away from radio-friendly hits
(

The star has kept a low profile over the last year
(

A month later, after receiving endless backlash, she ended up deleting her social media.

Following her comments, she issued an apology to the LGBTQ+ community but continued to receive abuse online.

“It has been a horrid few weeks for Jess. She feels so upset about the whole situation and really felt like the only way to escape was to delete her accounts,” a pal close to the musician told The Sun.

They went on to add that Jess had “great relationships with fans online” but now that has been “ruined.”

The pal continued that the trolling has been “incredibly difficult” for her before adding that the trolls don’t know “how painful” their words and comments are.