Jess Phillips gets abusive email whilst discussing mysoginy on TV 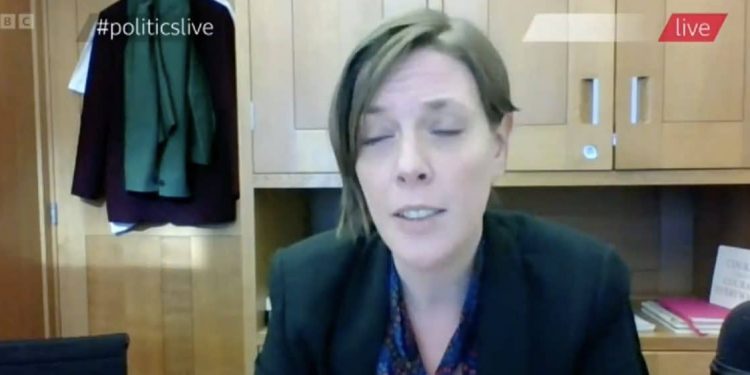 Labour MP Jess Phillips has spoken out about the “hatred” facing women in the UK after receiving an abusive email whilst speaking to BBC Politics Live.

The shadow minister for domestic violence and safeguarding was discussing the possibility of misogyny being made a criminal offence in England and Wales – when she received an email filled with abuse.

She said: “I’m just going to say something that has happened whilst I’ve been on your TV programme, obviously I’m in front of my computer screen and I can see the little emails that come in in a corner.

“And because I’m on the telly right now, I’ve received an email, the tag line of which is ‘you dirty, bought and paid for whore’, and that won’t be the only message I get because I’m currently on the television.”

“This is the kind of thing that I get”

She added: “If I appear on anything this is the kind of thing that I get. If I were to take this to the police now as I have done in numerous cases of abuse and harassment against me, I have in fact successfully had somebody convicted of racially aggravated abuse towards me, because of the nature of the racism in the abuse, that person is currently in prison.

“Even though that person had talked about my violent and brutal rape in those messages I couldn’t take him on any of the grounds of the fact that he hated me because I was a woman.

“There is a fundamental flaw in the way that our legal system works at the moment that doesn’t put anywhere near enough of the mitigation onto the hatred of women.

“The shootings in Plymouth late last year spoke of an Incel culture driven by a hatred of women.

“I also want somebody who sent this email with their name perfectly clearly calling me a w**** not to be able to just get away with that.”

Philipps received an outpouring of support following her appearance on television marked by abuse.

“It goes hand in hand with attacking migrants and minorities, it’s a fundamental part of right wing culture and the forces that are trying to shape our world.

“If a woman raises her head, she opens herself up to attack.

“What Jess and so many others face is appalling.”

Phillips’ comments come after in May last year, the UK’s first Romanian County Councillor received hundreds of xenophobic comments since announcing her victory.

Dr Alexandra Bulat posted a video on TikTok to mark her success on behalf of the Labour Party on Cambridgeshire County Council’s Abbey division.

In the video, she said: “Last year I realised there are 800,000 Romanians in the UK and no Romanian County Councillor. So I thought, here’s an idea, I will actually stand for election.

“Didn’t expect it but today I became the first Romanian Labour County Councillor!”

But not all her followers were as willing to raise a glass to fair political representation.

After posting the 15-second video, she said she woke up with more than 600 comments.

She said at least 200 comments were racist and xenophobic, and one threatened with an official complaint to Labour.

Related: Eastern European who left UK in 2012: ‘My experience made me predict Brexit’