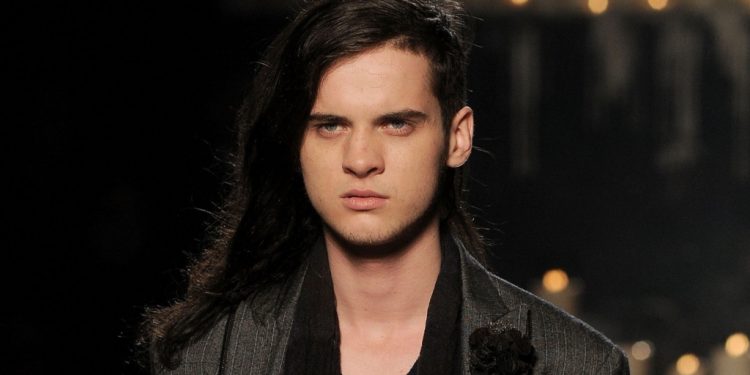 Jethro Lazenby, the fashion model and son of Australian singer Nick Cave, has died. He was 30.

“With much sadness, I can confirm that my son, Jethro, has passed away. We would be grateful for family privacy at this time,” Cave said in a statement to the media.

No cause of death or other details were given.

Media reports in Australia say that Lazenby had been released from prison on bail on May 5 after he was found guilty of physically attacking his mother in March. His lawyer said he had been diagnosed with schizophrenia.

The BBC reports that Lazenby spent time in jail in 2018 for violently attacking his then-girlfriend.

Born in Melbourne in 1991, Lazenby was Cave’s son with model Beau Lazenby. He had been born just 10 days before Cave’s second son Luke with his first wife, Brazilian journalist and stylist Viviane Carneiro.

He modeled for several years, walking the runway for the likes of Balenciaga, John Varvatos, Costume National and Versace. He also starred in two films, Corroboree (2007) and 2011’s My Little Princess, which starred Isabelle Huppert.

In 2012, Lazenby, while using his father’s surname, told the London Evening Standard that his relationship with his father was strained. “I haven’t had the easiest life,” he told the Standard. “It didn’t start off that great, having all this shit with my dad and being in his shadow.”

Lazenby revealed to the newspaper that he did not meet his father until he was “about seven, eight” years old.

Cave spoke about his relationship with Lazenby in a 2008 interview with the Guardian. “To my eternal regret, I didn’t make much contact with Jethro in the early years, but I now have a great relationship with him,” he said. “It was difficult at the time, but it turned out great in the end.”

Lazenby’s death comes seven years after Cave’s 15-year-old son Arthur Cave fell to his death from a cliff in Brighton, England. An inquest into the death, found the teenager had taken LSD before falling to his death. Arthur Cave was the musician’s son with his current wife Susie.

Arthur Cave’s death greatly influenced the Nick Cave and the Bad Seeds 2016 album Skeleton Tree and its 2019 follow-up Ghosteen and was also touched upon in the 2016 documentary One More Time With Feeling.

Where Is Candy Montgomery Now? Did She Go to Jail For Betty Gores Death? – STYLECASTER

Where Is Candy Montgomery Now? Did She Go to Jail For Betty Gores Death? - STYLECASTER