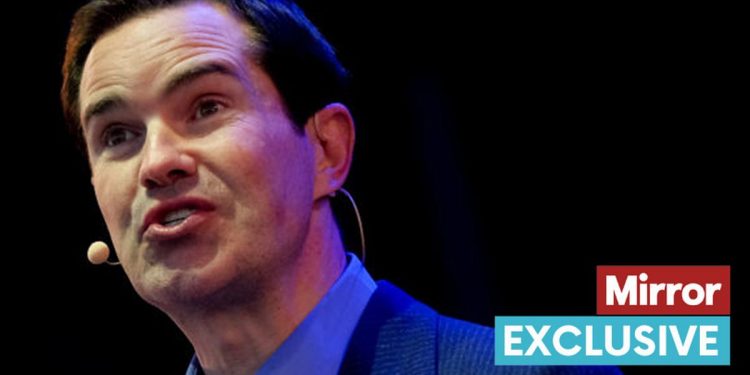 Paddy said Carr’s Netflix gag was an insult to the memory of 1.5 million members of the travelling community estimated to have been killed.

The My Big Fat Gypsy Wedding star told the Sunday Mirror yesterday: “He should be investigated by the police.

“That wasn’t a joke. He’s talking about mass murder being a positive – would he be allowed to say this about black people killed by the Ku Klux Klan?

“There’s a level you don’t go to. More than a million of my people were killed.”

Carr, 49, made the controversial comments in his latest Netflix special His Dark Material.

A video clip of the offensive joke has been widely shared online and the whole show can still be watched on Netflix. The streaming giant was last night facing calls to remove the controversial segment.

Carr has insisted the line was a “good joke”, adding it had an “educational quality”.

But Paddy, 62, who won Celeb Big Brother in 2011, said: “When I watched him say what he did, I was disgusted. The hairs on my neck stood up. When I was a child I used to see signs saying ‘no blacks, no dogs, no gypsies’ in pub windows. And now I see Jimmy Carr saying this and the audience laughing… it’s disgusting.”

Carr, set for 107 UK and Ireland gigs this year, last night refused to answer questions as he arrived at the Whitley Bay Playhouse in Tyne and Wear for his Terribly Funny Show.

But he seemed unrepentant during the gig, saying: “We used to call them jokes and people would laugh. I am going to get cancelled, that’s the bad news. The good news is I am going down swinging.” Netflix declined to comment.

More Than 100,000 People Without Power as Winter Storm Heads to Sea – The Wall Street Journal