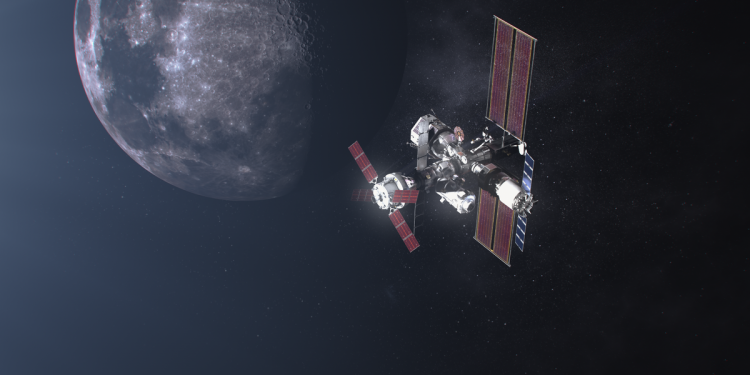 Biden and Kishida met in Tokyo on Monday to continue discussions around an Implementing Agreement that will potentially place a Japanese astronaut on the Gateway space station. The leaders also reaffirmed each country’s commitment to share data on climate change. The discussion around Gateway personnel is a part of ongoing conversations between the U.S. and Japan regarding NASA’s upcoming missions to the Moon.

Gateway is an integral component of NASA’s larger effort to return to the Moon, a series of upcoming missions known as the Artemis program. Once built, Gateway will serve as a Moon-orbiting outpost offering lunar-bound astronauts support for their visit. The lunar space station, in addition to serving as critical infrastructure for the Artemis missions, will also serve as a staging point for future crewed missions to Mars. The first pieces of the upcoming lunar station are set to launch no earlier than November 2024.

“In recent years, the alliance between Japan and the United States has grown stronger, deeper, and more capable as we work together to take on new challenges—just as important as the opportunities—of a rapidly changing world,” said President Biden in a NASA press release.

Japan and the U.S. are also interested in placing a Japanese astronaut on the surface of the Moon during a yet-to-be-determined Artemis mission, according to a White House fact sheet. NASA is looking to land astronauts on the lunar south pole by 2025, and Artemis will involve the first crewed Moon missions since Apollo 17 in 1972. NASA Administrator Bill Nelson said in the release: “Our shared ambition to see Japanese and American astronauts walk on the Moon together reflects our nations’ shared values to explore space responsibly and transparently for the benefit of humanity here on Earth.”

While the first pieces of Gateway are still a few years away from launch, having the U.S. and Japan team up is an opportunity to get more nations involved. The Artemis missions will be a global effort, and getting back to the Moon represents an exciting next step in space exploration and engineering.

More: This Tiny Moon-Bound Satellite Could Carve a Path For a Lunar Space Station.