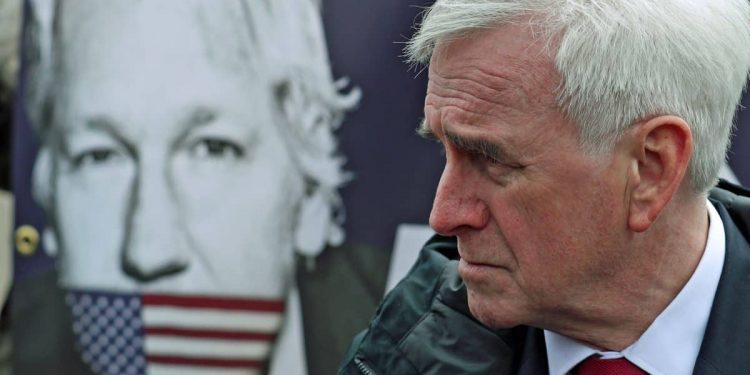 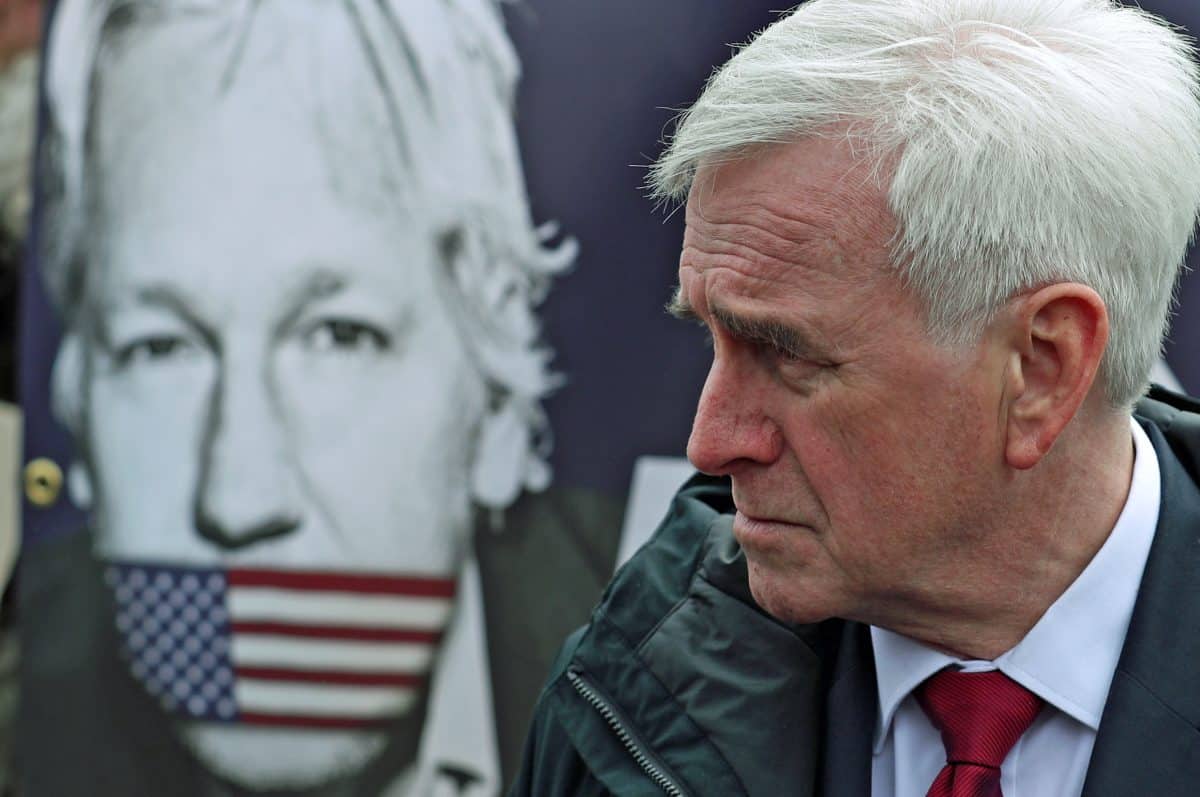 John McDonnell could be stripped of the Labour whip if he speaks at a Stop the War rally in London.

The former shadow chancellor is slated to speak at the ‘No To War In Ukraine’ event tonight.

It comes days after Keir Starmer, the Labour leader, warned that any MP who draws a “false equivalence” between Nato and Russia will be tossed out the party.

Sir Keir also ordered eleven Labour MPs – including McDonnell – to remove their names from a Stop The War letter on the crisis last week.

According to the event’s website, McDonnell is due to appear alongside former Labour leader Jeremy Corbyn at a rally organised by Stop The War in Conway Hall, London tonight.

A description of the rally says: “We oppose Russian military intervention in Ukraine. We also recognise this is a conflict thirty years in the making, a conflict in which Britain is playing a provocative role – talking up war, decrying diplomacy and supplying arms to Ukraine as well as supporting increased military deployments to neighbouring countries.

“Leading figures from the anti-war movement will provide insight and analysis missing from most media coverage. We must ensure that the anti-war campaign is prepared and organised to pull us back from the precipice – so come along on Wednesday.”

A Labour source told HuffPost: “If he goes, he’ll lose the whip. Any Labour MPs who speak at anything that is anti-Nato from now on are likely to be out.”

At a meeting of the Parliamentary Labour Party on Monday, Starmer warned that any member who does not back Nato will be kicked out.

He said: “Labour’s commitment to democracy, the rule of law and the sovereignty of independent nations is unshakable.

“Vladimir Putin is attacking all those things. Nato is defending them.

“There are groups in this country who haven’t seemed to understand that difference.

It comes after Sir Keir pressed Boris Johnson to sanction Chelsea owner Roman Abramovich and a former deputy prime minister to Vladimir Putin in the Commons on Wednesday.

The Labour leader used Prime Minister’s Questions to suggest more action is needed from the UK to “stand up to Putin and those who prop up his regime”.

Johnson would not comment on individual cases but insisted measures being brought forward to expose the ownership of properties will “continue to tighten the noose around Putin’s regime”.

He added that a “full list of all those associated” with the Russian president’s regime will be published, and later told MPs: “I do hope that those who have any links with the Putin regime whatever, any so-called oligarchs … take this opportunity, as some brave individuals already have, to disassociate themselves from this barbaric invasion.”