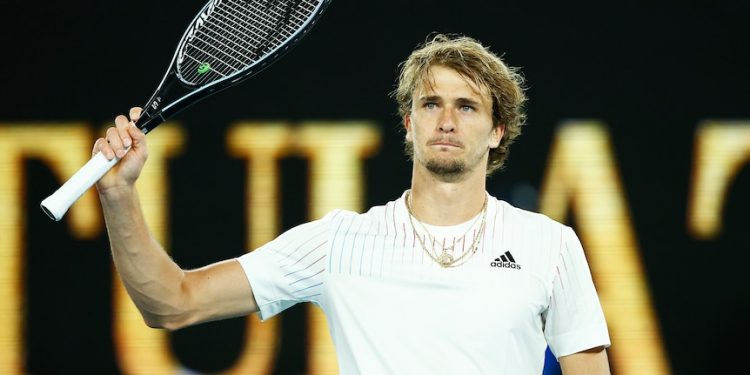 
John Millman has produced a typically gutsy performance against Alexander Zverev, but he found himself outclassed by the world number three in a straight-sets defeat at the Australian Open.

The popular Queenslander can be counted on to play right through to the end, however Zverev was always a step ahead of his opponent in their second-round match, winning 6-4, 6-4, 6-0 on Rod Laver Arena.

Zverev was already among the favourites when Novak Djokovic was still in the men’s draw, but in the absence of the world number one his chances of winning the tournament have not surprisingly been enhanced.

The strength of his win over Millman could not be considered proof enough that he is on the cusp of claiming his first major, but he did enough to build confidence in his Melbourne Park campaign.

Zverev plays Radu Albot in the third round, with the Moldovan qualifier having equalled his best finish at a major by reaching the last 32.

Millman is no stranger to playing on the big stage at the majors, having beaten Roger Federer on Arthur Ashe Stadium in a fourth-round clash in the 2018 US Open.

He also pushed Federer to a fifth-set tiebreak in the third round of the 2020 Australian Open on Rod Laver Arena, but on Wednesday night he could not produce similar heroics.

He dropped serve at the beginning of the match and while he immediately broke back, it was Zverev who took the contest by the scruff of the neck.

The German secured another service break in the third game, giving himself enough of a buffer to go on to win the first set.

The 89th-ranked Millman — who twice before had reached the Australian Open third round — did start the second set more brightly than the first by serving to love in the opening game.

But he was soon broken for the third occasion of the match as Zverev established a 2-1 advantage.

The Australian could never be accused of quitting, however, and he had the opportunity to get the set back on serve when he secured two break points in the sixth game.

The crowd let Zverev know who they were supporting, but the German was unfazed. He won the next four points to hold at 4-2, a mini run that included two consecutive aces.

This helped Zverev serve for the match at 5-0 and he did not waste the opportunity to close out the encounter after an hour and 59 minutes on court.

Zverev was joined in the third round by France’s 17th seed Gaël Monfils, who posted a 6-1, 6-0, 6-4 victory over Alexander Bublik of Kazakhstan on Margaret Court Arena in the shadows of midnight.