Johnny Depp’s sensational defamation trial against ex-wife Amber Heard wrapped up its third week with scandalous new details – including the actress’s feelings toward billionaire Elon Musk and the state of her mental health.

“The Pirates of the Caribbean” star is suing his ex-wife for $50 million over a 2018 op-ed published in the Washington Post in which she identified herself as “a public figure representing domestic abuse.”  Although the piece did not specifically name Depp, his lawyers have argued that it cost him lucrative movie roles.

Heard countersued for $100 million, accusing him and his former attorney of conspiring to “destroy and defame” her.

Depp steps off the witness stand

Depp capped off four days on the stand Monday with his lawyer playing an audio of him and his ex-wife talking after she publicly accused him of domestic violence and obtained a restraining order.

Heard tells Depp that she doesn’t know how to get her reputation back after she made the allegations against him. Depp accuses her of bringing it on herself by getting the cops involved in a fight May 21, 2016.

“The last time it got really heated between us, I really did think I was going to lose my life,” she replies. 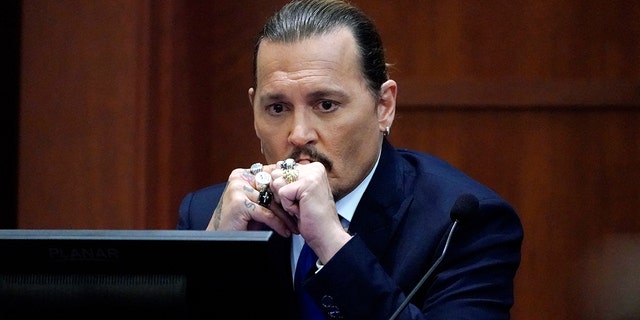 “Amber, I lost a f–king finger man, come on,” he shot back, referring to her allegedly slicing off the digit during a 2015 brawl in Australia over a postnuptial agreement. “I had a f–king can of mineral spirits thrown at my nose,” he said of Heard allegedly throwing the bottle at his face during another quarrel.

“You can say it was a fair fight,” Heard scoffs on the recording. “Tell the world, Johnny, tell them, ‘Johnny Depp, I, Johnny Depp, a man, I’m a victim, too, of domestic violence.’…and see how many people believe or side with you.”

Depp’s lawyer, Jessica Meyers, asked him what he said in response.

“Yes, I am,” replied Depp, soberly, before stepping off the stand.

Heard and Musk went public with their relationship in April 2017 – but the short-lived romance ended five months later.

Heard allegedly told former talent agent Christian Carino, who was once engaged to Lady Gaga, that she didn’t love Musk, according to the agent’s pre-recorded deposition played in court Wednesday.

Carino was asked to read a text exchange with Heard from August 2017. “Dealing with a breakup. I hate when things go public. C, I’m so sad,” Heard wrote of Musk. 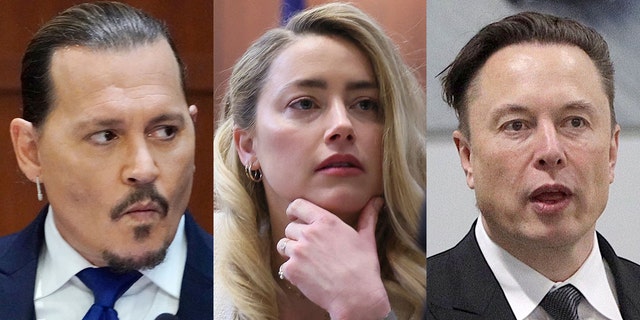 “You weren’t in love with him, and you told me a thousand times you were just filling space,” Carino replied.

Heard complained about the publicity surrounding her love life, but Carino pointed out that she could avoid the attention by not “dating Uber-famous people.”

“I tried to gather your fire and rage and really interesting analysis and shape that into an op-ed form,” wrote ACLU communications strategist Robin Shulman in an email to Heard.

At least three other staffers were involved in drafting and revising the piece, testified ACLU COO Terence Dougherty in a pre-recorded deposition played in court Thursday. 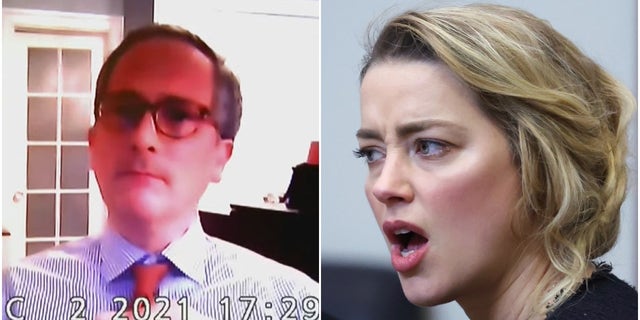 A photo combination of Terence Dougherty and Amber Heard.
(Getty)

Heard requested that the op-ed be published shortly after the release of her movie “Aquaman” to capitalize on the publicity, Dougherty testified.

JOHNNY DEPP RECOUNTS INFAMOUS DEFECATION INCIDENT IN COURT: ‘I COULD ONLY LAUGH’

He also revealed that Heard had only paid $1.3 million of the $3.5 million she publicly pledged to donate to the charity.

Heard announced in 2016 that she’d give the entirety of her $7 million divorce payout to the ACLU and Children’s Hospital Los Angeles.

But when Dougherty reached out to her in 2019 about her next payment, she allegedly said she was having financial difficulties. Depp’s business manager testified that the actor had paid the divorce settlement to Heard in full by the end of 2018.

Dr. Shannon Curry said she met with Heard, 36, for 12 hours as well as reviewed her medical, legal and psychiatric records to reach her diagnosis. She described the disorders as “two sides of the same coin” that feature “dramatic, erratic and emotional” behavior. 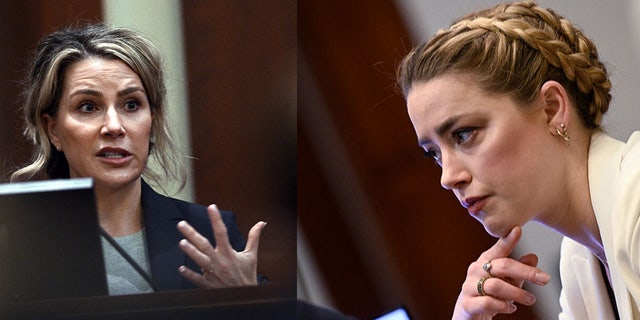 “That temper or being hot headed is really characteristic of borderline personality disorder as is being very charming, a personable nature,” Curry testified. “This is a disorder of contradictions.”

People with HPD need to be the center of attention and when they aren’t, they often make up stories or take on a victim role, Curry said.

The couple’s doorman, Alejandro Romero, said in a pre-recorded deposition played in court Wednesday that he interacted with Heard four days after the infamous cellphone fight and saw “no marks or bruises” on her face.

Heard alleges that Depp bashed her in the face with a cellphone on May 21, 2016, after an explosive fight inside their penthouse apartment. Two responding police officers also said they did not observe any injuries on Heard, but admitted on cross-examination they did not take contemporaneous notes and the apartment was dimly lit. 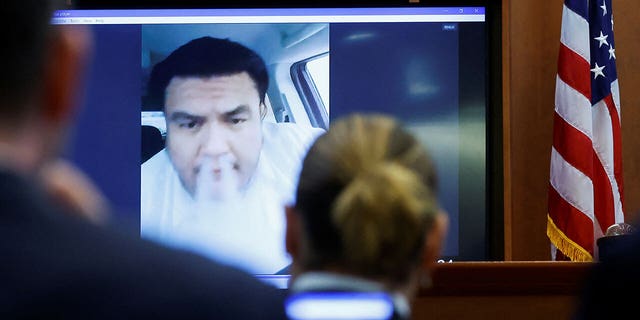 Six days later, she went to a Los Angeles courthouse with prominent bruises under her right eye as photographers snapped her picture in what Depp’s team has branded an elaborate “Hoax.”

The doorman, sitting in a parked car and puffing on a vape pen during the deposition, said he was sick of the Depp-Heard saga. “I’m tired. I don’t want to deal with this court case anymore. Everybody’s got problems,” he said.

The letter said Depp had “violently attacked” Heard at their apartment four days prior and requested a “private and amicable resolution to all matters.”

It then demanded that Depp give her access to his black Range Rover and three downtown Los Angeles penthouses in addition to $100,000 for legal feels and $25,000 for forensic accounting costs. 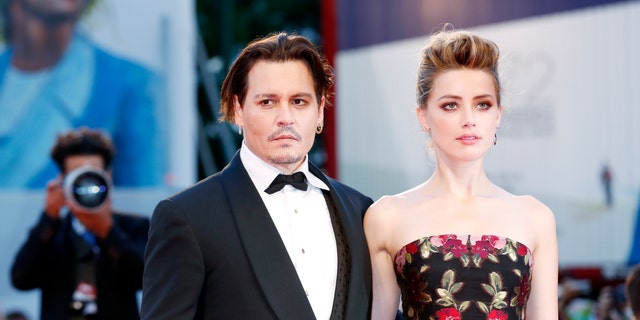 But without further warning, Wasser said, Spector and Heard marched into a Los Angeles courthouse May 27 to obtain a restraining order against Depp.

“With high-profile clients we like to take it out of the system,” said Wasser of handling the divorce quietly. “Ms. Spector was not willing to do this.”

Depp’s business manager Ed White told jurors Thursday that the actor paid a total of $14,250,000 in the divorce settlement.

White said Heard’s financial demands “continually increased” during negotiations, starting at $4 million and eventually growing to the sizable figure, which included $6.8 million paid directly to her, $500,000 to her lawyers and approximately $7,250,000 in “community liabilities” the pair acquired during their 15-month marriage.

The trial resumes Monday, and Heard is expected to take the stand some time next week.