Have you ever paged through photos of a celebrity’s home and admired it for its impeccable design, or how put together it all seems? Did the photos convince you the famous actor had a style all his own?

Often, those listing photos have nothing to do with the celebrity’s personal style but are instead a tasteful mirage assembled by a professional stager.

The services of professional stagers, or interior design experts who get homes ready for everything from open houses to a listing photo shoot, become increasingly more common as the property grows in price.

Because homes owned by the rich and famous frequently command tens of millions, professional stagers are a prerequisite when it’s time for the home to be listed. Brian Ferrick, a lead designer with staging company Meredith Baer Home, told Inman that agents and developers specializing in high-end homes often have relationships with staging companies and professionals. When they get a lead, they will reach out and start making plans for a specific look. 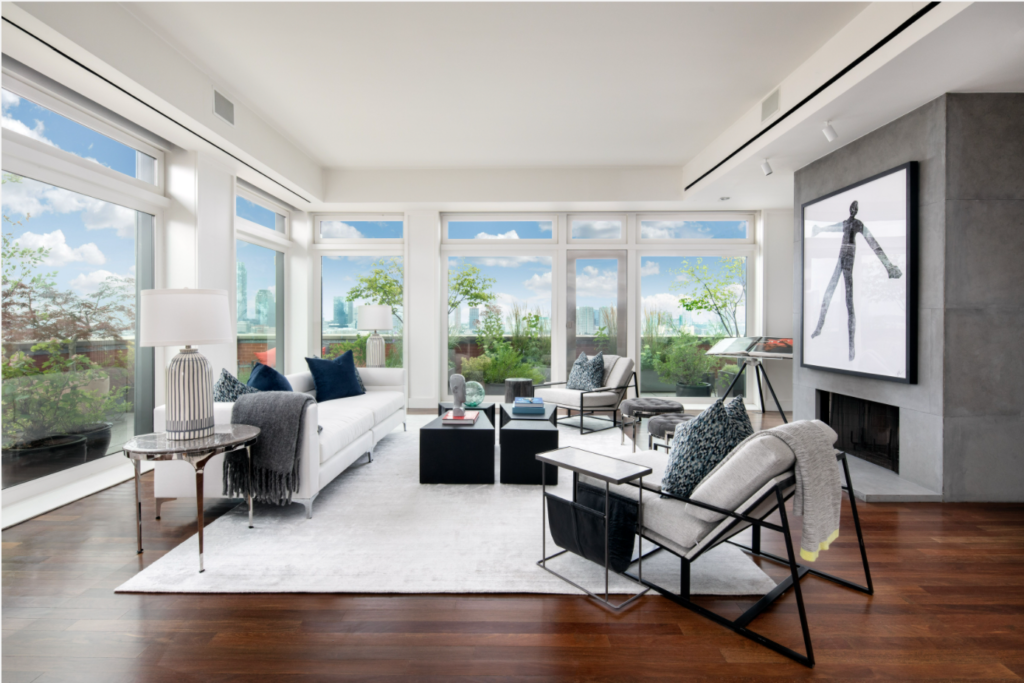 “They invite our team out to take a look at the property and talk about what is needed — how big the property is, what look they’re going for and what buyers they are hoping to attract,” Ferrick said. “Our salespeople then come up with a proposal and then we bring the designer out and come up with a plan for what we’re going to bring into the home.”

For homes in Los Angeles, the default design is what Ferrick calls a “California casual” look of natural wood, white furniture and accessories that are stylish but not too flashy. The design is meant to be aspirational and inviting. Ferrick said that if the owner is famous, his or her personal style — a guitar on a wall, a starlet’s movie poster — might make a brief cameo, but it’s rarely a big influence on how the home is decorated for the purposes of a sale.

In other words, those tidy images of domestic bliss aren’t emblematic of how, say, Seth Rogan really lives.

“We’re trying to update it and market it towards a new homeowner because if somebody lived in their house for 15 years, what they loved or appreciated 15 years ago might not be what’s in style at this time,” Ferrick said, adding that his company has a 200,000-square-foot warehouse from which they pull any furniture and décor items they might need. “Even if it’s very well done, it’s often too specific. We try to neutralize that and kind of make it a little bit more approachable to everybody.” 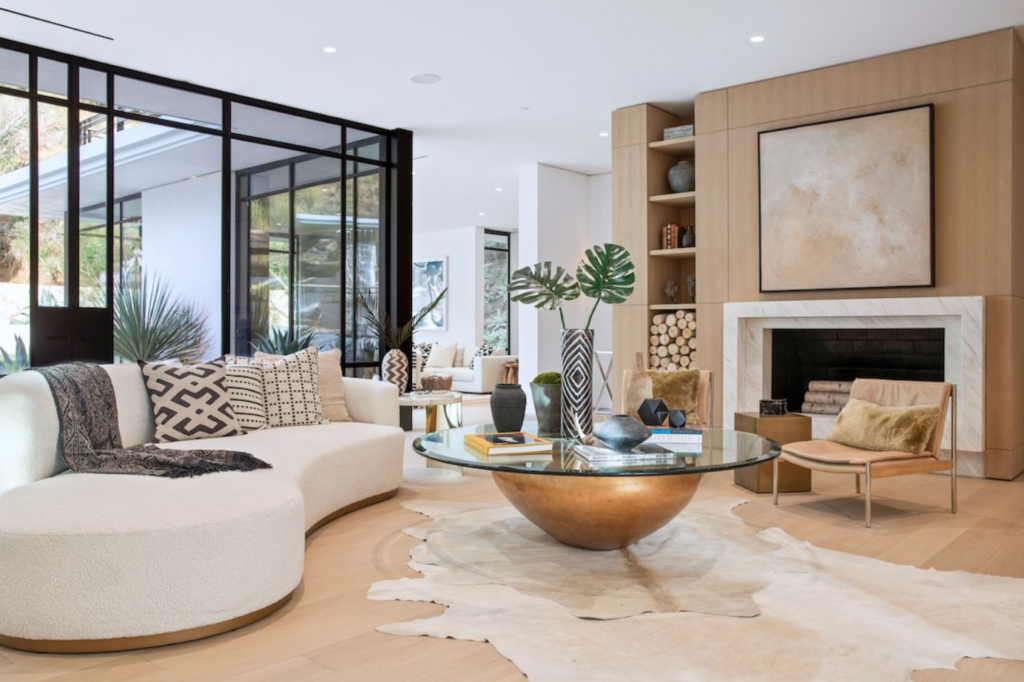 In the case of the Meryl Streep apartment, which was decorated by Meredith Baer stagers before selling for $15.8 million in 2020, that meant sleek and light-colored furniture to accentuate its most remarkable feature — a wraparound terrace garden that offers 360-degree panoramic views of New York City.

Ashley Quinn, vice president of Creative Services for luxury design and real estate marketing firm Interior Marketing Group, also said that a nod to the former occupant is preferable to a full-on look since the goal is always to look to the future and create a vision that a new buyer can imagine living in. Buyers of multi-million-dollar homes are often unfazed by celebrity and would rather see the features of the house, Quinn told Inman.

“The goal is always a high-end, broad-appeal look regardless of the occupant,” Quinn said. “We achieve this by working in neutral tones and adding in texture and color through accessories and art. Sometimes we do have a bit of fun with it. When designing Keith Richards’ home, for example, we created a rock and roll style den featuring a fun purple sofa and guitar-inspired art.”

Quinn said that the typical staging process also involves meeting with a real estate agent to fully understand the demographics of a potential buyer and note details like the number of bedrooms as well as any unique architectural details and finishings. After that, the creative process begins — stagers take measurements, choose paint and wallpaper, decide on floor finishings and lay out a general vision for how they want the home to look. 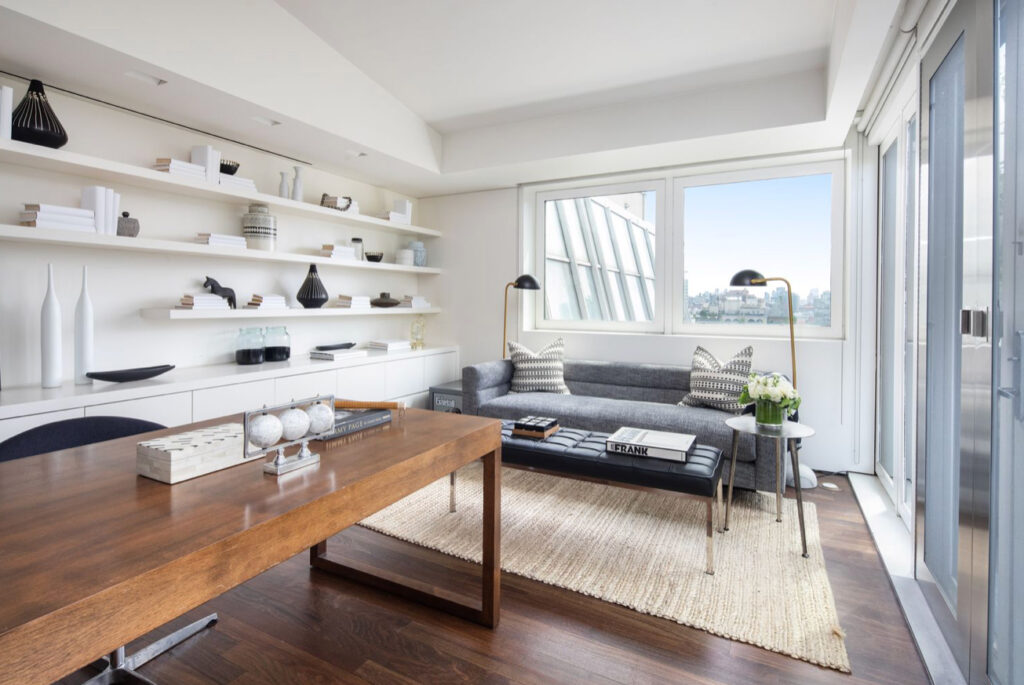 “Modern and clean low lines are our go-to furniture selections for stagings,” Quinn said. “There are a few things that my little designer heart loves, but they just don’t work in stagings. A canopy bed, for instance, takes up way too much visual space in a room and often takes away from the views.”

Aspiration, or creating an image and atmosphere that’s just a few levels above what the potential buyer currently has, is a key part of most real estate and staging is no exception — Ferrick said that this often results in situations in which the photos and open house that comes out make the owner feel a tinge of nostalgia or even second thoughts about selling the home.

“There are some people who, when given the opportunity of somebody going in to reinterpret their home, suddenly ask themselves why they are moving,” Ferrick said.

Film programme for July at the Stephen Joseph Theatre in Scarborough

The Investment You Probably Never Thought About

Strong Fannie, Freddie Results Set the Stage for Debate Over Their Future

Film programme for July at the Stephen Joseph Theatre in Scarborough