Johnson ‘focused on the job’ despite police quiz over partygate, minister says 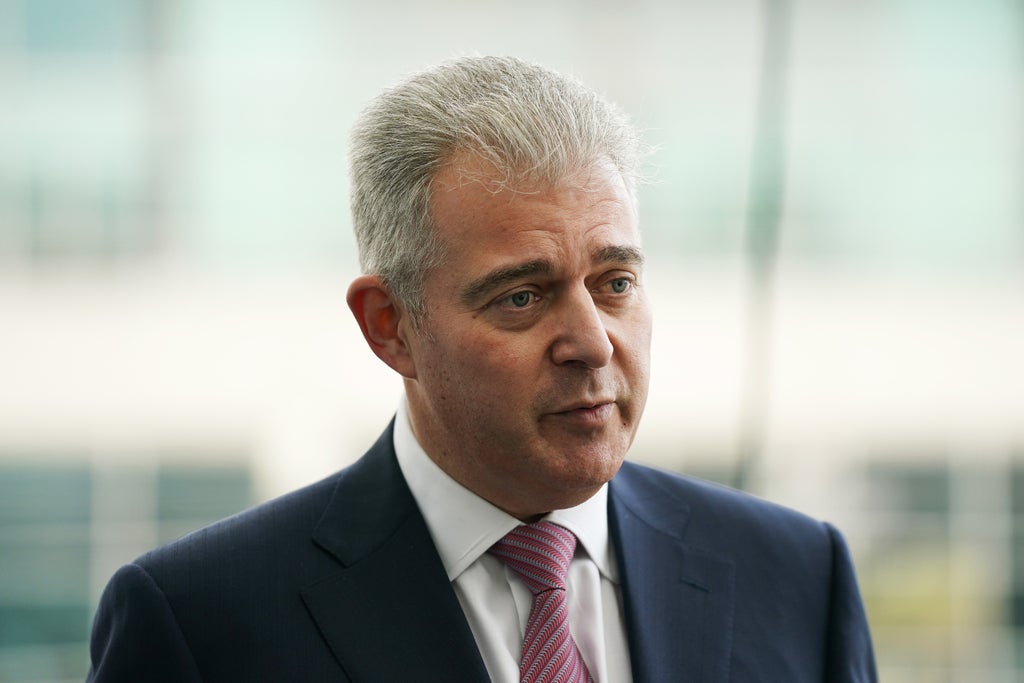 oris Johnson is “absolutely focused on the job” despite having to answer the questions of police investigating alleged lockdown breaches in Downing Street, a Cabinet minister has said.

Northern Ireland Secretary Brandon Lewis insisted the Prime Minister will “fight” and will win the next general election as he faces the prospect of Tory MPs forcing a vote to oust him as leader.

Mr Johnson said he will take a trip out of London to Scotland and northern England this week, as he strives to avoid a fine by answering a legal questionnaire from Scotland Yard.

Calls for his resignation will only grow if Mr Johnson is found to have broken his own Covid laws, and if Sue Gray’s subsequent inquiry reveals further damaging details.

But Mr Lewis told told Sky’s Trevor Phillips On Sunday: “The investigation is a matter for the police, I’m not going to put time frames on them, they’ve got to be able to do their job independently, autonomously and see that through.

“I have to say in the dealings I’ve had with the Prime Minister he’s absolutely focused on the job in hand, about what he’s doing for the British people.”

Mr Lewis added: “He has my absolute 100%-plus loyalty.

“I think this a Prime Minister is doing things for our country, he’s got the big decisions right.

“I think he will fight and he will win as a result of the next general election.”

The Prime Minister’s new chief of staff, Steve Barclay, was pledging it is now a “priority to restore a smaller state” as the threat from the coronavirus pandemic lessens, in a bid to keep backbenchers on side.

Mr Barclay, who was handed the role as part of the shake-up of No 10 in response to the partygate scandal, said he would “make the centre of Government work like the best-run companies”.

He wrote in The Sunday Telegraph: “Now, it is a priority to restore a smaller state, both financially and in taking a step back from people’s lives.

“It’s time to return to a more enabling approach.

“To trust the people, return power to communities, and free up business to deliver.”

No 10 said the Prime Minister is to start the week with a visit to a manufacturing site in Scotland before heading to an oncology centre tackling coronavirus backlogs in the north west of England.

In a statement, Mr Johnson said: “I’m getting out of London this week and taking a simple message with me, this Government is getting on with the job of uniting and levelling up the country.”

But travelling north of the border will present its own challenges, with his ally Jacob Rees-Mogg having accused Douglas Ross of being “lightweight” after the Scottish Tory leader called for Mr Johnson’s resignation.

The calls for the Prime Minister to go will only grow louder and more widespread if he cannot convince police he was not in breach of regulations at up to six events.

As he employs the help of personal lawyers, the Telegraph cited Mr Johnson’s allies in reporting he plans to argue he was working in his official Downing Street flat on the night of the alleged “Abba party” in November 2020.

The Times said that even if he is fined he will not resign, in a move that would be likely to trigger Tory MPs to force a vote of confidence in his leadership.

Scotland Yard says the questionnaires ask for an “account and explanation of the recipient’s participation in an event” and have “formal legal status and must be answered truthfully”.

Fifteen Tory MPs have publicly called for Mr Johnson to quit, while more are thought to have privately written to the 1922 Committee of backbench Tories calling for a no-confidence vote.

More are poised to do so if the Prime Minister is found to have broken his own coronavirus laws, or further damaging details emerge from the Sue Gray inquiry.

He will face a vote of no confidence if 54 Conservative MPs write to 1922 Committee chairman Sir Graham Brady, and would be ousted if more than half of his MPs subsequently voted against him.