Johnson will face MPs to ‘set record straight’ over Partygate 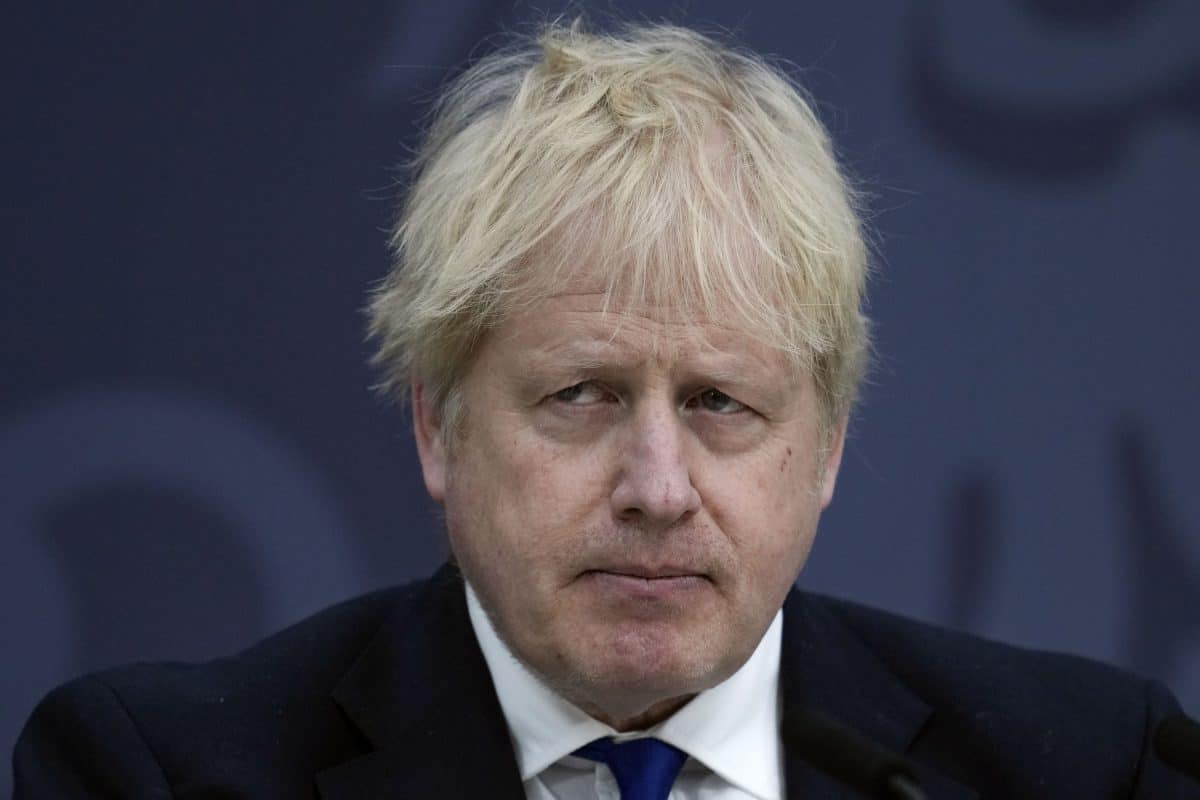 Boris Johnson will face MPs to “set the record straight” after being fined over the partygate scandal as Tory unrest started to build.

The Prime Minister has faced claims he misled Parliament with his denials of Downing Street parties.

MPs will return to Westminster on Tuesday and Mr Johnson promised to set out his position.

He was fined over a birthday party thrown in his honour in the Cabinet Room in June 2020 at a time when indoor socialising was banned.

After facing accusations of hypocrisy for not following the rules and allegations of lying to MPs, Mr Johnson told a press conference in Kent: “You are going to have to wait until I come to Parliament when of course I will set the record straight in any way that I can.”

After initial shows of support from Tory MPs and ministers, dissenting voices are now emerging.

Lord Wolfson quit as a justice minister, saying that he had come to the “inevitable conclusion that there was repeated rule-breaking, and breaches of the criminal law, in Downing Street”.

The peer concluded he had no option but to resign considering “my ministerial and professional obligations to support and uphold the rule of law”.

The Staffordshire Moorlands MP said: “My constituents know that I have been clear that those that make the rules must not break them, whether intentionally or otherwise. The public are right to expect the highest standards of behaviour from their leaders.”

She said “law breaking in Downing Street is unforgivable” but the war in Ukraine meant there was a need to “act responsibly so as to not make the situation worse”.

“But I do wish to make it clear that if I had been a minister found to have broken the laws that I passed, I would be tendering my resignation now.”

“How can a lawmaker also be a law breaker? This is not a good look,” he told BBC Radio 4’s Today programme.

He suggested that Mr Johnson should trigger a confidence vote himself.

“It’s about the reputation of the party for which all colleagues must defend, and I believe he owes it to the parliamentary party, once the reports have concluded and the local elections have allowed the public view to be factored in, to agree to hold his own vote of confidence if those elections go badly.”

Both Mr Johnson and Chancellor Rishi Sunak were issued with fixed penalty notices (FPNs) over the Cabinet Room birthday party, along with the Prime Minister’s wife Carrie.

Downing Street is braced for the Prime Minister to receive further FPNs for other events he attended – police are investigating 12 alleged lockdown-busting parties and Mr Johnson is thought to have been present at half of them.

Penrith and the Border MP Neil Hudson said Mr Johnson should quit, but said the war in Ukraine meant it would not be “prudent or responsible” to do so now.

He said he would not “defend the indefensible”, adding: “The fact that the Prime Minister and Chancellor have been found in breach of the Covid rules and issued with fixed penalty notices is extremely disappointing. The fact that the law makers went on to break those very laws they brought in to keep us all safe is deeply damaging for our democracy.

“That situation is untenable moving forward.”

He said Mr Johnson should “show the statesmanship he has been showing with Ukraine, and outline a timetable and process for an orderly transition to a leadership election as soon as the international situation permits”.

Meanwhile, Mr Johnson faced questions about rumours of a rift with the Chancellor following a series of rows involving Mr Sunak.

Asked if Mr Sunak was in danger of being removed as Chancellor or if he had that job for as long as he wants, the Prime Minister simply said: “Yes.”

The Chancellor’s standing has been damaged by the response to the spring statement and the cost-of-living crisis, revelations about his wife’s non-domiciled tax status and his former possession of a US green card and the FPN issued over partygate.

Labour leader Sir Keir Starmer urged more Tory MPs to speak out against the Prime Minister instead of acting like “lemmings” in support of him.

Sir Keir dismissed the Prime Minister’s announcement of a tougher immigration policy, sending some migrants crossing the English Channel to Rwanda, as a “desperate” attempt to distract from the partygate row.

Russia lied about the real...

A RETIRED teacher dubbed "the...

A mysterious human skeleton has...

Good afternoon and welcome to...