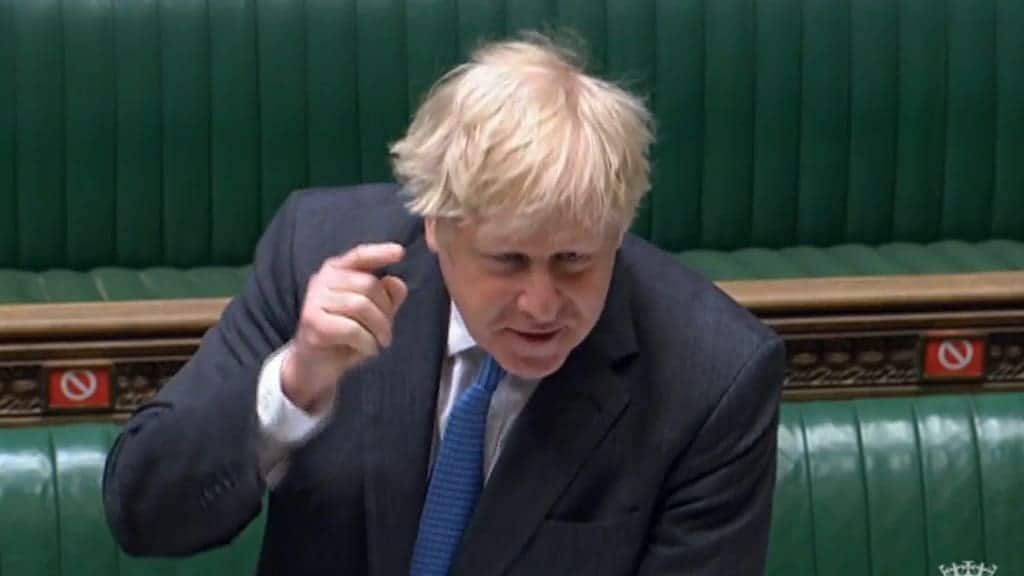 The Conservative MP – who is part of a brewing backbench rebellion over the planned 42 per cent aid cut – told BBC Radio 4’s Today programme that ministers tried to push through the changes because they knew they would lose a Commons vote on the issue.

Ahead of next week’s G7 summit in Cornwall, Davis suggested that the UK was an outlier in planning the 42 per cent cut. Johnson slashed aid spending to 0.5 per cent of national income as the coronavirus pandemic hit the economy, but ministers have insisted it is only a temporary measure until the nation’s finances are repaired.

The 0.7 per cent target is written into law and maintaining it was a Tory manifesto commitment in 2019, but cutting it will save around £4 billion.

He said that Germany, France and the US are leaders in spending in this area, adding “so we are not such a leader any more – in fact we are throwing away enormous influence, particularly in Africa, where there is an ideological battle with China”.

A vote on the issue could take place on Monday if the amendment is selected by Commons Speaker Sir Lindsay Hoyle, with the number of Tory rebels enough to cause nervousness in the government ranks despite a comfortable working majority of 85.

Davis said: “The government, if it wanted to do this, should have brought it to the House of Commons and said: ‘This is in our manifesto but the duress we’re facing now means we have to do this’ and so ask the House to approve it. It didn’t. The reason it didn’t was because the majority of the House doesn’t agree with it.

“I’m afraid that that’s frankly, in my judgment, a morally poor position for the government.”

He added: “No other G7 country is cutting its aid in this way. It is going to have devastating consequences across the world. Historically, I am a critic of aid spending, but doing it this way is really so harmful.”

Davis said that Germany, France and the US are leaders in spending in this area, adding “so we are not such a leader any more – in fact we are throwing away enormous influence, particularly in Africa, where there is an ideological battle with China”.

Johnson’s controversial proposals could leave around 70,000 people in Cox’s Bazar – the world’s largest refugee camp – without health services. As many as 100,000 refugees in Bangladesh would be left without water before the deadly cyclone season, The Guardian reported.

Former prime minister Gordon Brown told BBC Breakfast: “If we withdraw the money for vaccination it’s the equivalent of pulling away the needle from a kid or from an adult who is sick who needs the vaccination, a 90 per cent cut, for example, in support for polio vaccination.”

He added: “We’re about to get a huge payment from the International Monetary Fund of $23 billion, that covers this cut six times over, so it makes absolutely no economic sense. But particularly no moral sense. And it’s in our self-interest, of course, to see the others vaccinated because nobody is safe until everybody is safe.”

Boris Johnson has vowed to carry on with the plan, steadfast in his belief that it will be politically popular. But, with a crunch vote set for Monday, he is facing a significant Commons rebellion.

And the government stressed the proposed cuts, which breach the Tory manifesto, would be temporary – but Davis said that “doesn’t mean much” when small children can only access dirty water.

Solicitor general Lucy Frazer told Sky News: “Even without the 0.7 per cent this year, we will be investing £10 billion and that is really important, but we are in the middle of a pandemic.

“What we’ve said is of course international aid needs to be spent but we’re going to temporarily cease the 0.7 per cent and bring it back when fiscal circumstances allow.”

Boris Johnson’s government is ruling out another Covid lockdown or any “further restrictions” this winter, despite NHS leaders’ call...

WASHINGTON — The U.S. Army has closed an investigation into the killing of a paratrooper from California whose head was...

Johnson would just ‘joke around’ when discussing casualties in Yemen

LOS GATOS – A group of protesters who disrupted a Town Council meeting earlier this month gathered outside the...