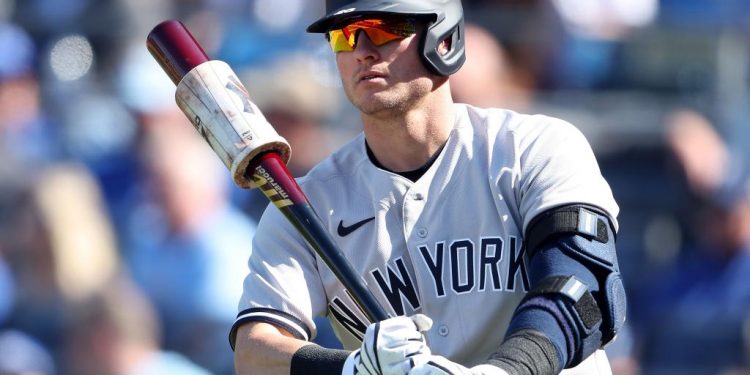 Josh Donaldson has been suspended by Major League Baseball for one game and received a fine for making “inappropriate comments” following an MLB investigation into Donaldson calling White Sox shortstop Tim Anderson “Jackie,” which Anderson took offense to- and which nearly caused the two teams to brawl.

Donaldson is appealing the ruling.

The decision was made by Michael Hill, Major League Baseball’s senior vice president for on-field operations.

The third baseman was also placed on the COVID IL prior to Monday’s game against the Orioles, so the suspension will wait until after he returns to the active roster.

Miguel Andujar was recalled from Triple-A Scranton/Wilkes-Barre to take Donaldson’s spot on the roster on Monday.

Donaldson faced league discipline after he admitted he said, “What’s up, Jackie?” in reference to Jackie Robinson — on more than one occasion to Anderson, who is black.

“There is no dispute over what was said on the field,’’ Hill said in a statement. “Regardless of Mr. Donaldson’s intent, the comment he directed toward Mr. Anderson was disrespectful and in poor judgment, particularly when viewed in the context of their prior interactions.”

Donaldson said he’d called Anderson “Jackie” in the past, since a 2019 Sports Illustrated article in which the White Sox star said, “I kind of feel like today’s Jackie Robinson. That’s huge to say. But it’s cool, man, because he changed the game, and I feel like I’m getting to a point where I need to change the game.”

Donaldson added it was an attempt to defuse tensions between the two after they shoved each other during a series in Chicago last weekend, an explanation few people accepted.

“I don’t play like that,” Anderson said Saturday. “That happened the first time he got on, and I let it go that time, and it happened again. It’s just uncalled for. … I’ll never sleep this off.”

“Obviously he deemed that it was disrespectful,” Donaldson said Saturday. “Look, if he did, I apologize. That’s not what I was trying to do by any matter. That’s really what happened.”

“Just one game,’’ Katz wrote after the penalty was issued. “We all saw his malice at third [base] a week ago, then his comment with his ridiculous excuse that followed. What’s the point or message behind a [one]-game suspension? This is incredibly disappointing and plain frustrating.”

“Completely inappropriate,” Hendriks said about Donaldson’s words. “And then after hearing what was said after the game, usually you have inside jokes with people you get along with, not people that don’t get along at all. So that statement right there was complete bulls—.”

Benches also cleared on Saturday, when White Sox catcher Yasmani Grandal got into it with Donaldson at home plate.

Anderson, booed throughout Sunday’s doubleheader, got the last laugh for now, as he hit a three-run homer in the second game of the twin bill in The Bronx that cemented a sweep by Chicago.

As he circled the bases, Anderson shushed the crowd and then while walking back to the dugout following the blast, Anderson yelled toward the stands, “Everybody f—ing shut the f— up!”

Boone said Donaldson had spoken to some of his teammates about what happened.

“We continue to handle things as they come,’’ Boone said Monday. “He’s been very forthright and open with everyone.”