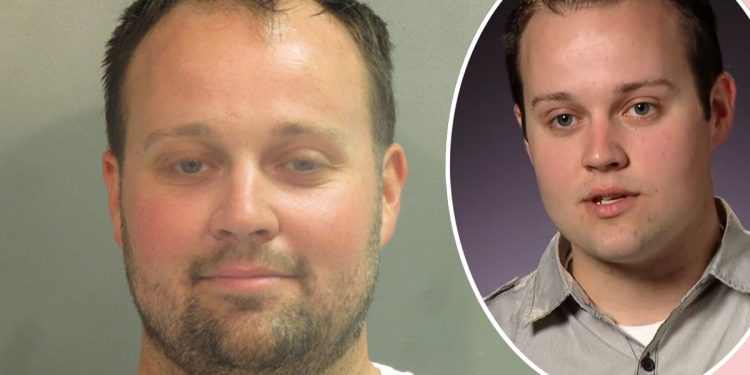 
Josh Duggar is about to spend the next 12 years in a very tightly-controlled environment. Low-security prison or not, his daily life inside apparently isn’t going to be easy or relaxed. Nor should it be!!

According to TMZ, Josh is “expected to keep his cell and surrounding area squeaky clean” at all times. That means making his bed “military-style” by 7:30 a.m. every day, as well as completing daily chores that encompass things like “sweeping and mopping floors, cleaning walls and emptying the trash.”

Seems simple enough, of course, but missed requirements come with disciplinary infractions for the inmates. Plus, there are very strict conduct rules inside: no loud talking, card games, domino playing, and other interactions every night after 9:15 p.m. All prisoners then must return to their rooms every night by 11 p.m., and all noise, including television sets, must be off by midnight.

Then it’s back up again early in the morning and everything restarts once more. For 12 years. There are reportedly jobs around the prison, too, with inmates taking part in things like food service, landscaping, painting, and welding, per the outlet.

BTW, the facility issues every inmate 5 sets each of shirts, underwear, pants, and socks, along with a pair of shoes and a belt. All of those must remain clean and tagged with the inmate’s name and registrar number “or the inmate faces discipline.” Hmmm…

Of course, as we’ve previously reported, FCI Seagoville is one of many prisons known for violence, overcrowding, and disease. At one point in 2020, according to CNN, at least 72% of the facility’s population was infected with COVID. The Bureau of Prisons and the Seagoville warden were sued by an inmate recently in a civil rights action regarding violence in the prison, as well. That inmate’s claim was ultimately dismissed after he was transferred to a facility in Texarkana.

BTW, the facility has a Sex Offender Management Program (SOMP) — hence Josh’s arrival there — with roughly 40% of the nearly 1,800 inmates at the facility deemed to be sex offenders. For now, Josh is set to spend more than a decade there, barring a transfer, early release, or other change. After that, he’s scheduled to be under 20 years of supervised probation, too.