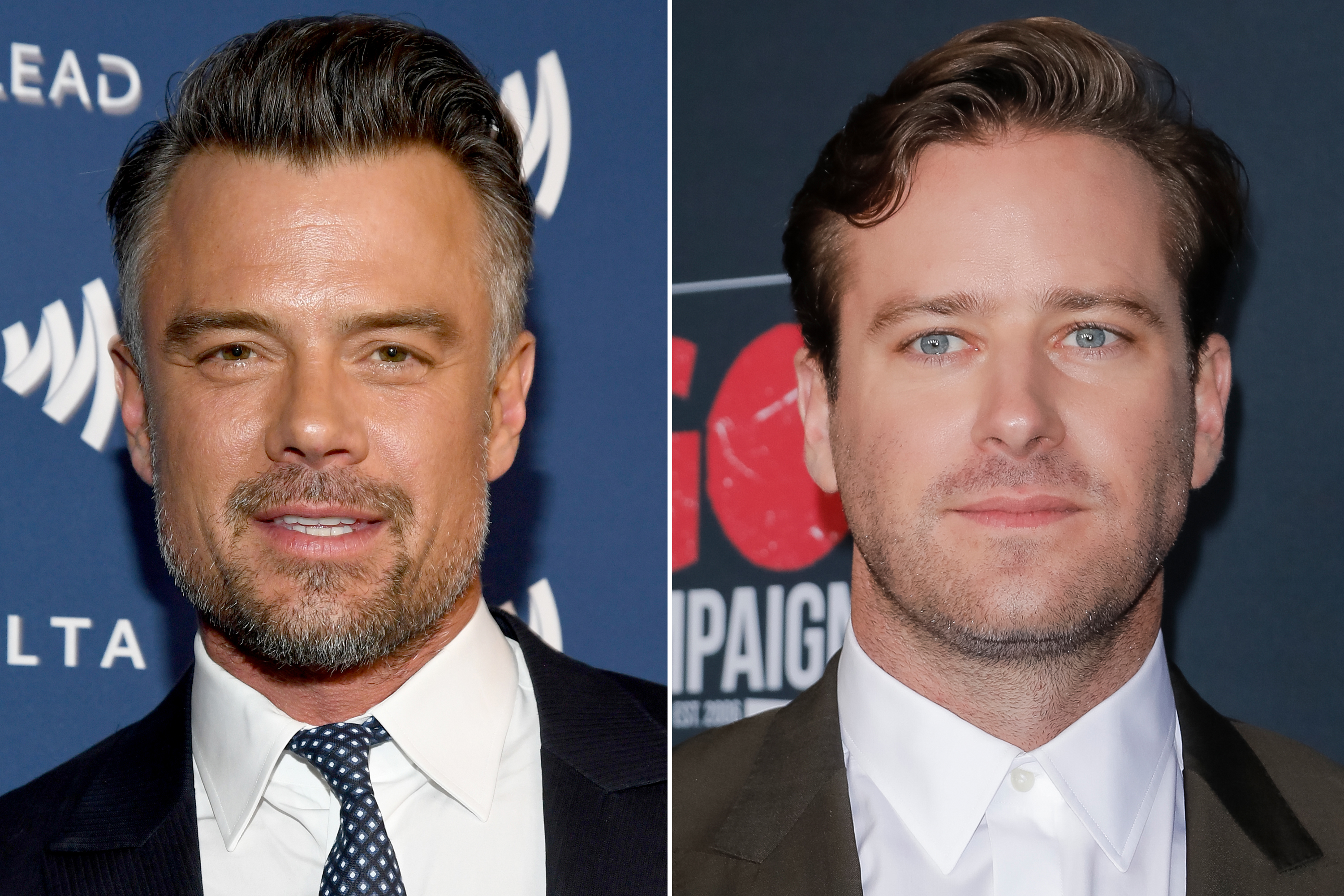 After Armie Hammer’s DM scandal — allegedly texting that he’s “100 per cent a cannibal” — has come back to bite him, Josh Duhamel is swooping in to offer a helping hand.

The “Transformers” actor, 48, is reportedly in early talks to take over for Hammer in “Shotgun Wedding,” which co-stars Jennifer Lopez, according to Deadline. Hammer, 34, announced he was exiting the film after social media users alleged he sent explicit messages about rape and cannibalism, and an ex-girlfriend came forward about alleged past behavior.

“He said to me he wants to break my rib and barbecue and eat it,” his ex, Courtney Vucekovich, exclusively told Page Six. “He says, ‘I want to take a bite out of you.’ If I had a little cut on my hand, he’d like suck it or lick it … He likes the idea of skin in his teeth.”

Hammer also reportedly asked if he could “cut off one of your toes and keep it with me in my pocket so I always had a piece of you in my possession” in messages posted on an Instagram account under the name House of Effie. The “Call Me By Your Name” star’s secret Instagram account, which followed hashtags for rope bondage and knifing, was also unearthed.

After his alleged messages surfaced online, “The Social Network” actor called it a can of bull, insisting none of it was true before dropping out of the movie.

“I’m not responding to these bull–it claims but in light of the vicious and spurious online attacks against me, I cannot in good conscience now leave my children for 4 months to shoot a film in the Dominican Republic,” he said in a statement. “Lionsgate is supporting me in this and I’m grateful to them for that.”

A spokesperson for the production told Deadline: “Given the imminent start date of ‘Shotgun Wedding,’ Armie has requested to step away from the film and we support him in his decision.”

The action-comedy follows a couple on a destination wedding with their closest friends and family. However, things take a dark turn when the wedding party is taken hostage.

Hammer is currently in the Cayman Islands while fighting for joint custody of his children — two kids, Harper, 6, and Ford, 3 — amid divorce from estranged wife Elizabeth Chambers.

Trevin Jones bludgeons opponent; told he can celebrate with weed

TikTok on alert after it becomes outlet for Myanmar soldiers