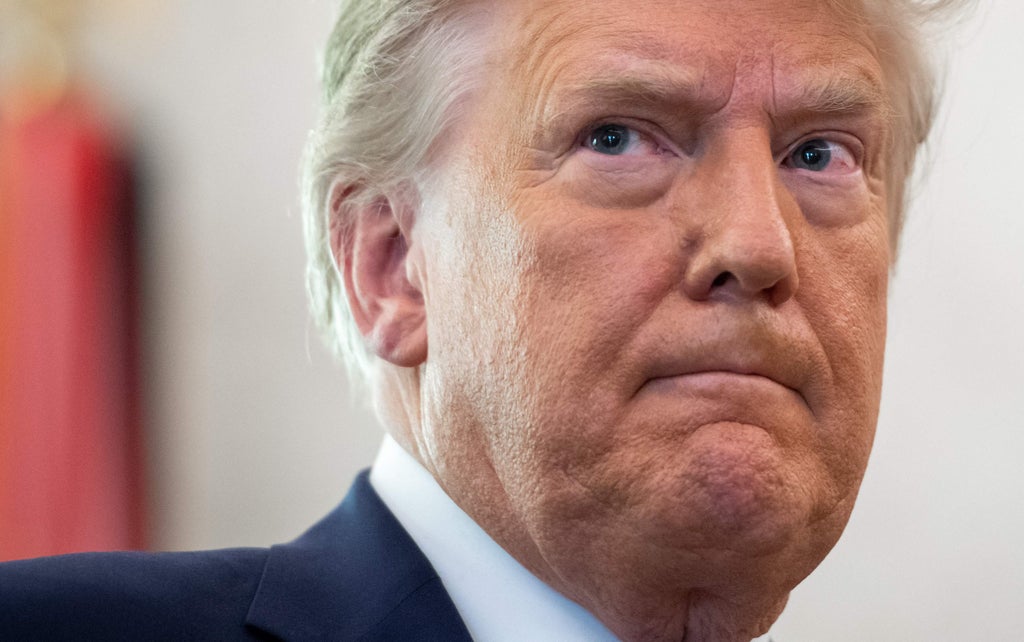 A judge on Friday rejected New York City’s appeal and ruled that the Trump Organisation can continue to operate a city-owned golf course in the Bronx.

New York City authorities had ended the organisation’s contract to operate the Ferry Point golf course last February – in the aftermath of the 6 January 2021 Capitol riots. It had said at that time the Trump brand was “synonymous with an insurrection against the federal government”, and thus destroyed the golf course’s ability to draw “professional tournament-quality events”.

The city had, around the same time, also cancelled the company’s contracts to run two ice rinks and a carousel in Central Park in Manhattan.

The city’s lawyers argued that the Capitol hill riots impaired the Trump brand’s ability to attract professional golfers and tournaments.

But the Manhattan Supreme Court judge, Debra James, noted that the company was not contractually required to attract professional tournaments, but only had to maintain the golf course well.

“There is no ambiguity in the obligation in the Agreement that petitioner is required to ‘operat[e] a first-class, tournament quality daily fee golf course,” the judge said. “When read in the context of the Agreement as a whole, it is not capable of multiple interpretations.”

The city’s claim that the Trump Organisation had breached the contract “lacks any legal foundation”, Judge James wrote.

Last June, the company sued the city’s government after an appeal against the decision was denied, claiming that New York City had breached the contract.

Mr Trump’s son Eric Trump lashed out at the city’s decision at the time, calling it an example of “cancel culture” and saying the administration would have to pay the firm millions of dollars to make this go away.

After Friday’s court ruling, a Trump Organisation spokesperson thanked the court for its “well-reasoned decision based on law and facts”.

“As we have said since the beginning, the City’s efforts to terminate our long term licence agreement to operate Trump Golf Links at Ferry Point Park were nothing more than a political vendetta,” the statement added.

The Trump Organisation also blamed former New York City mayor Bill de Blasio, and alleged that he “used his position to weaponise the New York City Department of Parks and Recreation and the New York City Law Department all in an effort to advance his own partisan agenda, score political points and interfere with free enterprise”.

The statement continued: “We are thrilled that we will continue to operate and manage what has been widely recognised as one of the most magnificent public golf experiences anywhere in the country.”

When Mr de Blasio announced he was cancelling the agreement with Trump’s company, he had cited Trump’s “criminal action” in inciting Capitol rioters, arguing that he could fire him “for cause” and not pay him a dime.

“Inciting an insurrection against the US government clearly constitutes criminal activity,” he had said, adding: “City of New York will no longer have anything to do with the Trump Organisation.”

The city’s law department said the administration is reviewing further legal options. “Anyone holding a city concession is held to a high standard. We are disappointed in the Court’s decision,” a spokesperson said.

Who Is John Griffin?