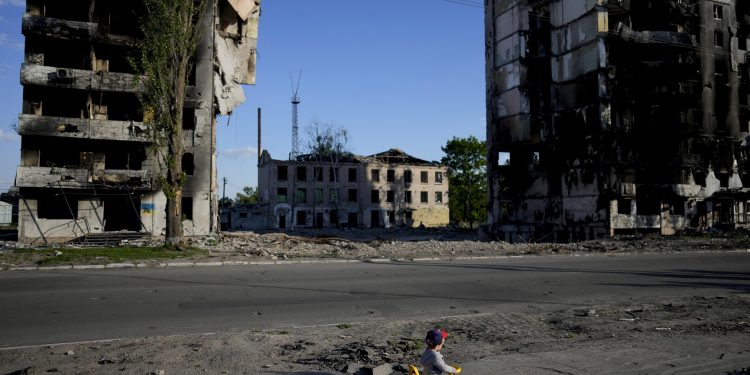 The judge in the Johnny Depp-Amber Heard defamation trial has rejected an effort by Depp’s lawyers to dismiss Heard’s $100m counter-suit against the actor, a day before the British supermodel Kate Moss is expected to testify followed by a final return of Depp to the stand.

Depp’s attorneys, who are rebutting after Heard’s lawyers rested their case on Monday, had argued that Heard failed to prove any “actual malice” had occurred when Depp’s former PR person Adam Waldman told the Daily Mail she had created an “abuse hoax”.

But Penney Azcarate, the judge in Fairfax county, Virginia, rebuffed Depp’s motion to reject Heard’s claim outright, saying there was “more than a scintilla of evidence” that Waldman could have been knowingly making statements that were “false, or with a reckless disregard for their truth”.

Azcarate said she was not weighing in on the evidence, but merely whether each side had met its threshold for their case to continue.

Depp’s attorneys also called a witness to challenge the idea that Depp was physically abusive to Heard: the surgeon David Kulber, who operated on Depp’s injured finger. Asked if Depp could have grabbed someone with a splint on the finger, Kulber said Depp “could attempt to grab someone. But I don’t know how successful he would be.”

Outside the central question of domestic abuse, much of the dueling defamation trial – now in its sixth and final week – has focused on accusations that Depp and Heard each lost earnings as a result of the respective accusations against them.

Tuesday’s testimony focused on Heard’s claims that she lost $45m to $50m in additional earnings. A day earlier, a witness for the actor said Heard had not seen salary jumps enjoyed by other actors of her generation, such as Zendaya, Gal Gadot and Ana de Armas. Last week, Heard’s agent Jessica Kovacevic testified that she believed a decision to reduce Heard’s part in the Aquaman movie sequel was because of negative press and reputational damage.

On Tuesday, Walter Hamada, the president of DC-based film production at Warner Bros, the studio that makes the Aquaman movies, disputed that assertion, testifying that Heard’s contract was not renegotiated because of negative statements made by Depp or his press agents, as Heard alleges, but because of her performance.

In an unusually frank exchange for a Hollywood studio executive, Hamada said the studio had concerns over whether Heard was the right fit for the sequels, and that there had been discussions about casting another actor because of Heard’s lack of chemistry with Jason Momoa, who plays Aquaman.

“You know it when you see it, and the chemistry just wasn’t there,” Hamada said.

Richard Marks, the veteran Hollywood lawyer and Depp witness whose turn of phrase have been one of the highlights of the trial – “My job is to get to yes,” he said in earlier testimony about his role of a dealmaker – that Heard’s earnings from $1m for Aquaman to $2m for Aquaman 2 were typical to the industry.

Marks acknowledged that outside of Aquaman, and an eight-episode series at $200,000 an episode, Heard had not been flooded with film offers or endorsement deals. “The ‘star-is-born’ phenomenon didn’t happen,” he said. “This is a business of personalities. We didn’t see endorsement deals flocking to Ms Heard.”

But he rejected Heard’s attorneys’ claim that Depp’s press agent “hoax” claims had been “the stake through the heart of the star-is-born moment”.

Heard witness Kathryn Arnold had said that Momoa had the opportunity to renegotiate his salary for the sequel from $3m to $15m, while Heard’s increase was not renegotiated beyond the terms of her option agreement.

In another flourish, Marks said Arnold’s comparisons to other actors’ earnings were “not worth the paper they’re not written on”.

All eyes will now turn to Wednesday’s video testimony from Moss, who dated Depp from 1994 until 1997 and will reportedly testify that Depp “caught her and tended to her” after she slipped, wearing flip-flops, and fell down some steps while the then couple were in Jamaica.

The supermodel was invited to testify after Heard said she hit Depp to protect her sister Whitney Henriquez during a dispute in the couple’s penthouse. Heard testified that Henriquez was standing near a staircase, and immediately thought about rumors that Depp had pushed Moss down a flight of steps.

“[Whitney’s] back was to the staircase, and Johnny swings at her,” Heard testified. “I don’t hesitate, I don’t wait – I just, in my head, instantly think of Kate Moss and stairs … And I swung at him.”

Depp’s legal team were seen celebrating the mention of Moss, which gave them an opportunity to call her as an impeachment witness.

Likely to come up when attorneys question Moss is a story Depp once told about talking to Hunter S Thompson, the journalist and a hero of Depp’s. In a 1998 Rolling Stone article, Depp was quoted as saying: “I was with Kate, and I think he [Thompson] went straight for the romance jugular, shit like whether I beat her enough. I probably told him, ‘Yeah, she gets a severe beating.’”

The PS5 is available from Sony at 4PM ET, and you can start queueing now - The Verge