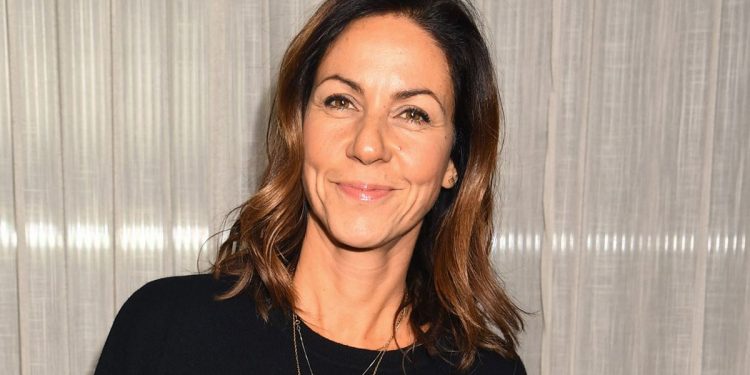 
Julia Bradbury has revealed it took her eight weeks to look at the result of her mastectomy and when she finally looked in the mirror, she felt her reconstructed breasts “looked like plasticine”.

The Countryfile presenter, 51, announced she was diagnosed with breast cancer in September 2021 and one month later had her left breast removed.

Julia, who is documenting her battle in an upcoming ITV programme, also revealed she has yet to be given the all-clear six months on and has a higher than average risk of her cancer coming back.

In an interview with You Magazine, the former Watchdog host described how in the moments before her surgery she “felt like a piece of meat on a block” as she looked at the lines and dashes of marker pen on her breast, which outlined where doctors would make their incisions.

“They were like something you see in the butchers, at that point – and I think this is a moment that every woman who has had a mastectomy will share – I had never felt so lost, so out of control and so deeply sad,” Julia said.

Eight weeks passed before Julia could look at the result in the mirror and she was fearful of seeing herself so “horribly damaged”.

“I looked at it in the bedroom in my wardrobe mirror and – I don’t want to upset my surgeon because he has done a brilliant job – it looked like a Plasticine boob. That was eight weeks post-mastectomy,” Julia recalled.

The mother-of-three has yet to be given the ‘all clear’ and has ‘micro invasions’, which are tiny pieces of cancerous cells in her breast tissue.

Talking about she in the “moderate risk” category of the cancer returning, Julia added: “The doctors have not found a huge spread of an aggressive cancer, I have lost my breast but been able to have an implant and keep my own nipple. I feel lucky and grateful every single day.”

Earlier this week, Julia shared a video of herself breaking down in tears after being told she would need a mastectomy.

Taking to Twitter on April 14, Julia penned: “This is the moment I found out I needed a mastectomy. Utter shock, sadness & fear.”

In the short 12-second clip Julia covered her face with her hands while trembling.

She then said: “I’ve….” before trailing off, releasing a deep sigh and looking down with tears in her eyes.

Shortly before the surgery, the TV veteran shared a powerful topless image of herself.

“One of the the best bits of advice I’ve received in the weeks of my breast cancer diagnosis (thank you) .. is to say goodbye to my breast and to thank my body for all the sustenance, joy & life it has given me.”

Last month the TV presenter took to Instagram to promote Ovarian Cancer Awareness Month, and shared an update on her cancer battle.

She penned: “To everyone on a cancer journey right now… I know it’s difficult. I know the ups and downs of every appointment and every day can be tough, but we humans are resilient & there is some amazing support out there for us all.”

AreaHub, a new free resource to lookup climate and environmental hazards where you live or are considering relocating

Pope calls for peace in Ukraine on Easter of war, warns of nuclear threat – The Washington Post

Pope calls for peace in Ukraine on Easter of war, warns of nuclear threat - The Washington Post