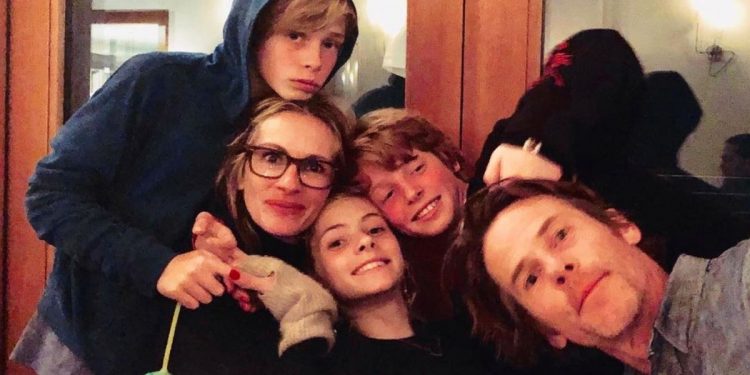 
Julia Roberts has said that she’s feeling ‘lightheaded’ over the fact her two eldest children are both heading off to college.

The Hollywood actress, 54, shares twins Hazel and Finn with husband Danny Moder, and they are also proud parents to their youngest child, Henry, 14.

The Notting Hill star opened up about her children’s life milestone in a new interview where she admitted that she wished she was lucky enough to have had the privilege of going to college.

“I mean, it makes me a little lightheaded. You say that, I mean, I’m completely excited for them. It’s really thrilling and I wasn’t lucky enough to have a college experience,” the actress told Extra.

“‘And so to see how it’s happening for them is really fascinating. And yeah, I’m just, I’m excited for them,” she added.

The Pretty Woman actress is currently based in San Francisco with her family, and admitted that she’ll miss her kids dearly when they move away for college.

Despite the fact that her twins are heading off on pastures new, Julia intends on staying put in San Fran.

During the pandemic, Julia and her husband purchased and moved into a Victorian home in the Presidio Heights neighbourhood of San Francisco for $8.3million.

The actress felt compelled to find a home that was away from the hustle and bustle of Los Angeles.

“We always felt that we were kind of living outside of LA. I think the move has been great. I think moving with three teenagers during a pandemic is not for the faint of heart, but we have pulled it off and everyone seems good and happy,” she told.

Julia lives a content and happy life after many ups and downs in her love life down through the years.

The lovebird tied the knot, becoming Mr and Mrs on July 4, 2002 at her ranch in Taos, New Mexico.

The pair celebrated their 18th wedding anniversary this year, with Julia paying a gushing tribute to her beau on Instagram.

“18 years #heckyes,” she captioned an adorable picture of herself planting a kiss on his cheek.