Even after Citroën, Fiat, Renault and Peugeot departed the United States (in 1975, 1983, 1988 and 1991, respectively, though Malcolm Bricklin continued to sell Fiat 124 Sport Spiders and X1/9s with Pininfarina and Bertone badges for a few more years), Alfa Romeo managed to hang on all the way through 1995. The final Alfa Romeo models available here (prior to the brand’s return to our shores in 2009) were the old-school Spider Veloce sports car and the mean-looking 164 sedan. The 164 sold well enough here that I still see examples on the street now and then, and I find discarded ones in car graveyards as well. Today’s Junkyard Gem is the top-of-the-line 164 available in 1992, the mighty S version, found in a Denver self-service yard last month. 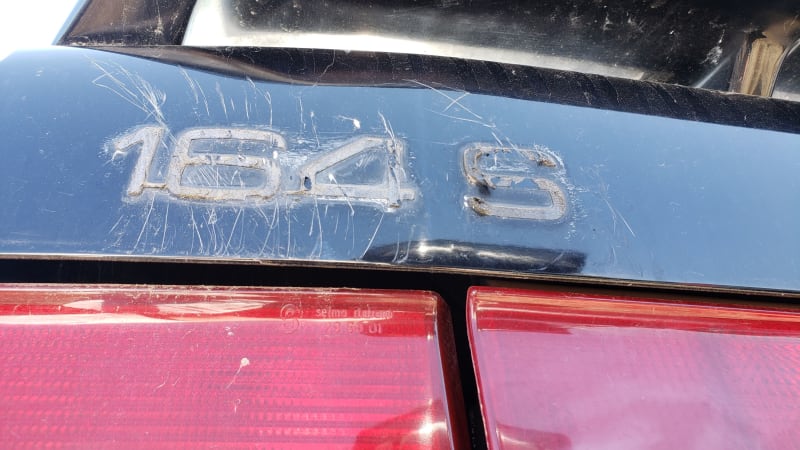 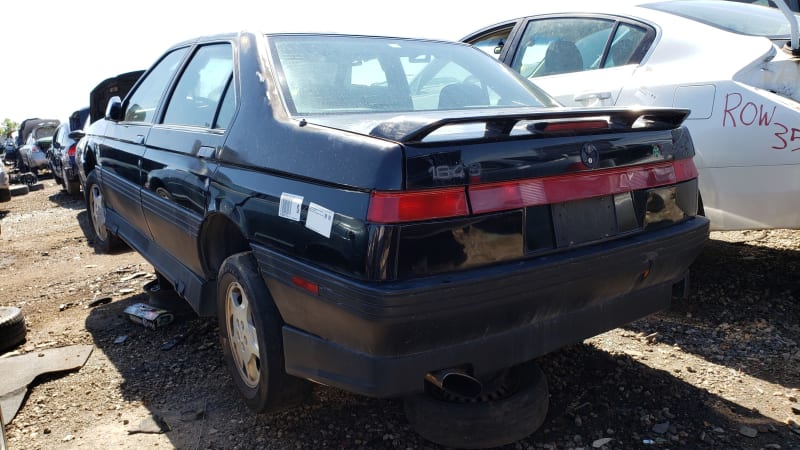 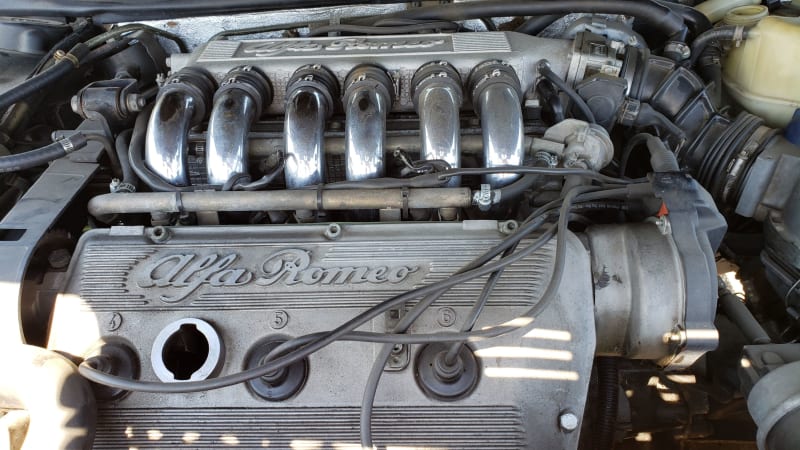 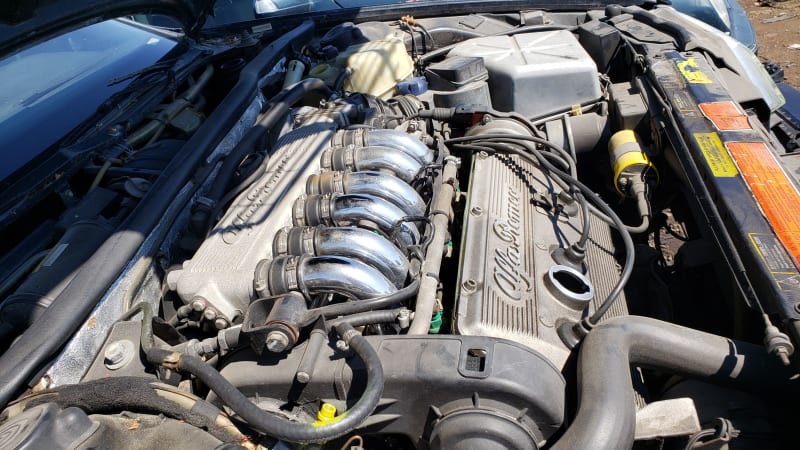 Admittedly, the 164S’s power went to the front wheels while the 535i had rear-wheel-drive, but the Alfa’s 3.0 looked and sounded much better than the BMW’s 3.4 (and it’s nearly impossible to make a V6 sound better than a straight-six, as anyone who has endured the ailing-bovine groan of most 1990s Detroit V6s can affirm). 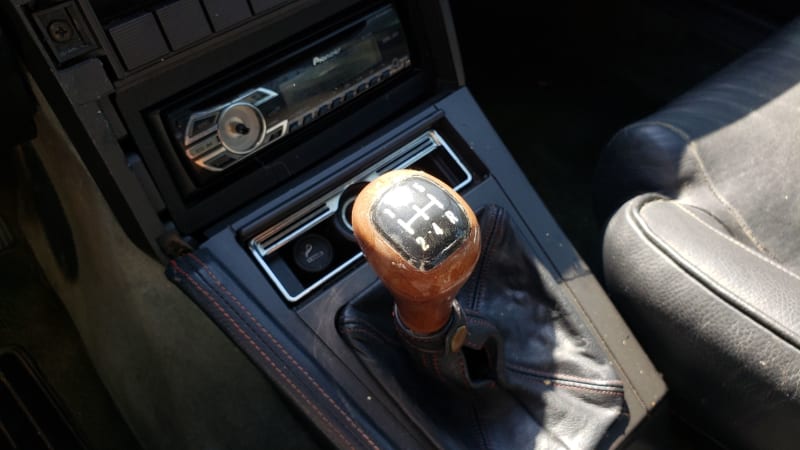 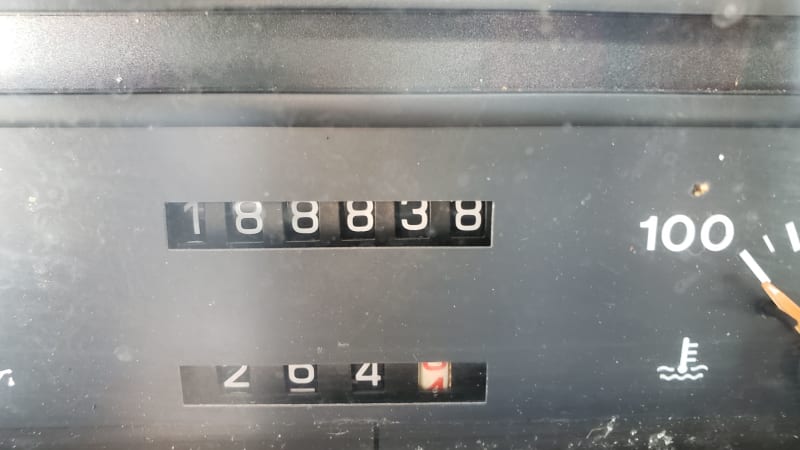 This car isn’t rusty and the interior looked very nice for a near-30-year-old car in Colorado, but there are few with the mechanical skills and sheer bravery to take on one of these cars with nearly 200,000 miles on the clock. Its next stop shall be The Crusher.

This Euro-market commercial is for the 164 with quad-cam “super” V6, available here only for the 1993 through 1995 model years, but you get the idea.

In Europe, Alfa Romeo outsold both Honda and Saab! What better reason to buy a 164?

You can roll up the windows and drown out the city noise with False Jazz.