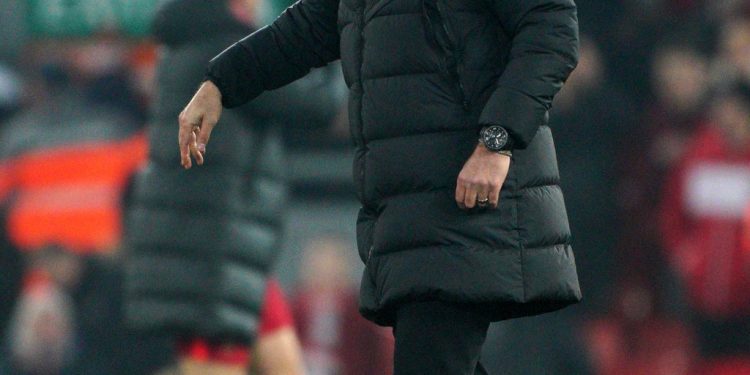 Liverpool manager Jurgen Klopp does not believe Takumi Minamino’s match-winning performance in the 2-1 win over Norwich was driven by anger at being left out of Sunday’s Carabao Cup final.

Despite the Japan international playing a pivotal role in helping the side get to Wembley he did not even make it off the bench in the penalty shoot-out win over Chelsea.

However, he started against the Canaries and his two first-half goals helped secure Klopp’s first FA Cup quarter-final despite Lukas Rupp’s effort 14 minutes from time.

“Very disappointing I can imagine,” said Klopp of Minamino missing out at Wembley.

“How Taki is, I don’t think that was the reason he played good tonight. He is not the person for this kind of anger but it is just the situation he is in.

“Taki was a massive part of the run to the Carabao Cup final and that he didn’t play in the final would have been hard on him in the moment but when he looks back he has just won the Carabao Cup and that’s a real good thing.

“His impression (against Norwich) was obvious with two goals and he had a lot of top, top football moments.

“He was mobile, quick, technically on an incredibly high level. It was all really good. I’m not surprised, I know how good he is and he showed it tonight.

“It was a complete performance, the two goals were great but all the rest he did was top class.”

Norwich boss Dean Smith was frustrated his side gave Liverpool a “soft” goal for their opener and believed that changed the game.

“We knew it was a tough task coming to Anfield and trying to beat a team who very rarely gets beat here,” he said.

“We gave a really soft goal away and they became comfortable after that and we lost a bit of faith.

“But we’ve had big chances; Teemu (Pukki) in the first half, Sarge (Josh Sargent) with two, Rupp scored, Jonny Rowe had a good save from Alisson (Becker).

“We had to go and ask serious questions as we didn’t want this game to run away at 2-0 because it can do at Anfield with the quality they have.”