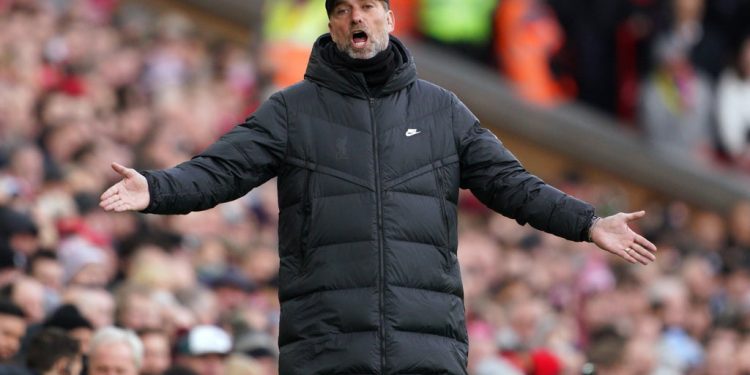 Liverpool manager Jurgen Klopp insists reaching three semi-finals in one season cannot be considered a success if it is not translated into trophies.

His side are already one from one having won the Carabao Cup in February, and have a chance to extend their 100 per cent record in the last four of the FA Cup against Manchester City at Wembley as they seek to keep an unlikely quadruple on track.

They also have a Champions League encounter to come against Villarreal later this month, with the club having reached a third major semi-final in the same season for the first time in their history.

But Klopp said their progress in an incredible campaign so far would count for little if they cannot back it up with more silverware.

“Imagine if we had done the same for five years, heh? That would be great! Three semi-finals and winning nothing. The world is not ready for this kind of success…” he joked.

“I’m really happy for the boys. It is so difficult to do something that our fathers and grandfathers didn’t do already.

“This specific thing, nobody did it in this club so it is really special. But, yeah… I know if that is the success this year, it will not be seen as success in the future.”

Klopp was asked whether he considered a win-or-bust one-off match against Manchester City at Wembley as their biggest game of the run-in and whether it could affect their mindset in terms of what it meant for the remainder of the campaign.

“No. We don’t know. We don’t think about the quadruple,” he added.

“Imagine if I was to sit here and you would not ask me about it but I would just constantly start referring to the quadruple. If I did that you would think I was completely mad.

“It is massive, huge, brutal. But we get nothing from it because three days later we play against Manchester United (in the Premier League).

“We are not short of confidence and we don’t need any reason to want to be successful. Yes, winning against City would be outstanding, it doesn’t happen too often for anybody in the world of football and if you can achieve it, outstanding.

“But they are crazy good. There is not one percent that if we win we are a step closer to whatever you want to call it.

“It means we are in the final of the FA Cup, which would then mean we play against Crystal Palace or Chelsea and none of them are somehow like a tourist.

“So we don’t think about it for a second until after the game. We don’t look further and at the ‘bigger picture’. That is not how it is, at least not for me.”

The epic nature of their tussles with City have become a staple of the Premier League since Klopp arrived in England in 2015, the season after Pep Guardiola was appointed by Manchester City.

Both managers acknowledge they have helped raise each other’s standards by the levels they are reaching on the pitch, but Klopp admits it has taken its toll off it.

“Until Tuesday Chelsea had exactly the same programme as us. The same amount of games because of the League Cup final and these kind of things. Thomas (Tuchel) said it, it’s really super intense. But it’s good fun as well.

“In the year that we got to the Champions League final and won that (in 2019) we didn’t have the squad size but we came through.