Home » Just 5,000 Afghans to be offered refuge in UK this year – despite calls to help tens of thousands

Just 5,000 Afghans to be offered refuge in UK this year – despite calls to help tens of thousands 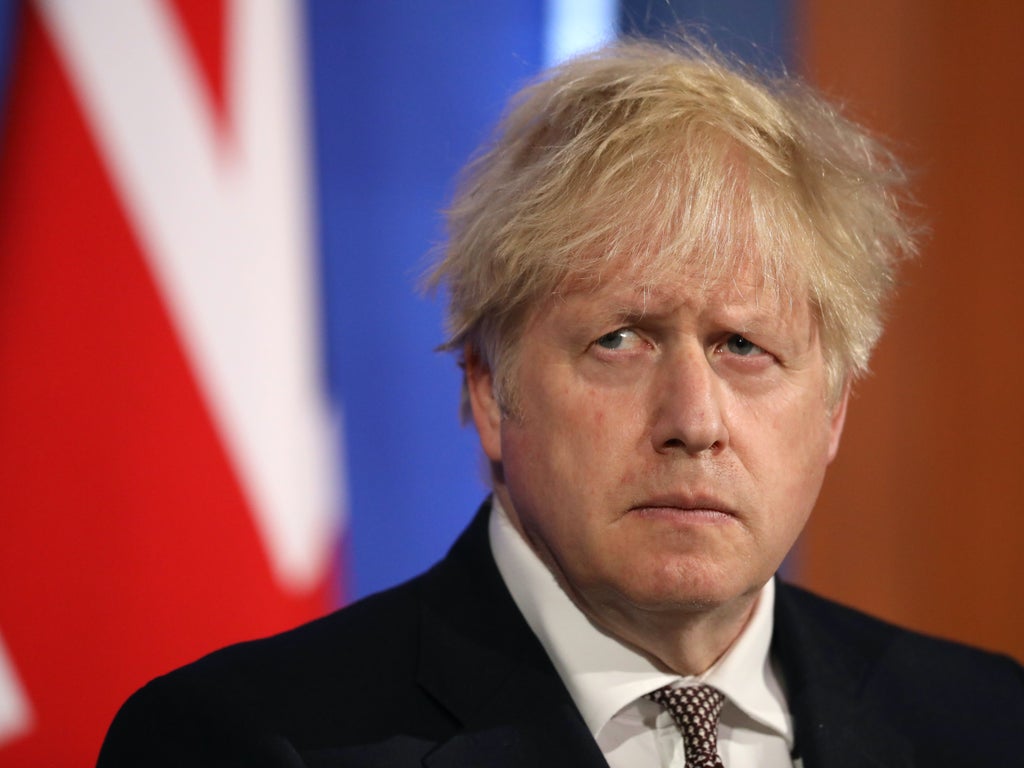 Just 5,000 Afghans fleeing the Taliban are to be welcomed to the UK in the year ahead, as Boris Johnson’s government unveiled a new settlement scheme for those most at risk of persecution.

Fears are building for those who worked against the Taliban since the fall of Kabul, with ministers under pressure to step up efforts to rescue those desperately trying to flee the country.

The government has promised that up to 5,000 Afghans will be given refuge under the Afghanistan citizens’ resettlement scheme in the coming year – with an ambition to provide sanctuary to a total of 20,000 Afghans over the “long term”.

The prime minister, set to address parliament on the crisis on Wednesday, said: “We owe a debt of gratitude to all those who have worked with us to make Afghanistan a better place over the last 20 years.”

Mr Johnson added: “Many of them, particularly women, are now in urgent need of our help. I am proud that the UK has been able to put in place this route to help them and their families live safely in the UK.”

But the Liberal Democrats criticised the “vague” promise to help 20,000 Afghans in the longer term – saying the higher figure should be the government’s immediate target, while Labour said the plan “does not meet the scale of the challenge”.

Layla Moran MP, the party’s foreign affairs spokesperson, said: “We need these vulnerable people out of the country as soon as possible, instead of the government’s vague promise of the long-term. There is no time to waste. The Taliban are knocking on doors right now and making lists of those they plan to kill.”

Ms Moran added: “The government have kicked this into the long grass when Afghans need help now – today. Twenty thousand should be the starting point of this scheme, not the target.”

Nick Thomas-Symonds MP, Labour’s shadow home secretary, said: “Britain has an obligation to people in Afghanistan – it is right we have a scheme in place to help them rebuild their lives here.

“The government’s incompetence in failing to plan for this has left huge numbers of Afghans’ lives in danger today, especially those who served alongside the British and women and girls. After such catastrophic errors, the Government must step up with a more urgent plan of action.

“This proposal does not meet the scale of the challenge. Not only does that risk leaving people in Afghanistan in deadly danger, it will also undermine the leadership role Britain must play in persuading international partners to live up to their responsibilities.”

The government said the new scheme was modelled on the Syrian vulnerable persons resettlement scheme, which relocated 20,000 Syrian refugees over a seven-year period from 2014 to 2021.

The new route for Afghan asylum seekers will target women, children, and others who have been forced to flee their home or face threats of persecution from the Taliban.

It follows calls from leading Tory MPs for Mr Johnson’s government to let in tens of thousands of Afghans following the Taliban takeover. Tory MP Tobias Ellwood, who chairs the defence select committee, said earlier on Tuesday that the number offered refuge should be “at least in the tens of thousands”.

On Tuesday evening home secretary Priti Patel chaired a meeting of the Five Eyes intelligence alliance – comprising Australia, Canada, New Zealand, the UK and US – to identify safe and legal routes for those who need to leave Afghanistan.

“I want to ensure that as a nation we do everything possible to provide support to the most vulnerable fleeing Afghanistan so they can start a new life in safety in the UK, away from the tyranny and oppression they now face,” said Ms Patel.

However, a group of leading charities and MPs have urged the home secretary to make sure those forced to flee Afghanistan are not criminalised for their method of travel – as set out in the Nationality and Borders Bill going through parliament.

Amid the crackdown on migrant boat crossings in the English Channel, a joint letter from 85 organisations and 14 MPs warned that for many refugees “regulated travel is not a viable option – many people need to flee urgently and by any means necessary”.

Satbir Singh, chief executive for the Joint Council for the Welfare of Immigrants, said: “It’s clear that the British government must shift gear swiftly to protect Afghan refugees.”

He added: “It must guarantee people’s protection based on need, not on method of flight – it must grant immediate asylum to the several thousand Afghans waiting for status.”

Ministers said they would keep the scheme under review in coming years, and would work with devolved nations and local councils to deliver support for those fleeing to the UK.

The government said the settlement scheme was in addition to the 5,000 Afghans already expected to move to the UK under the Afghan Relocations and Assistance Policy (Arap), which is designed to offer local allies such as interpreters priority relocation to the UK.

In its first press conference since seizing control, the Taliban said on Tuesday that it would guarantee safety for those who had previously opposed the group and uphold women’s rights – albeit within the constraints of sharia law.

But experts have expressed scepticism and warned that the country could again become a hotbed for terrorist groups.

Writing in the Daily Telegraph, the home secretary, Priti Patel, called on other nations to help take in Afghan refugees. “The UK is also doing all it can to encourage other countries to help. Not only do we want to lead by example, we cannot do this alone,” she wrote.

The government's long-awaited plan to overhaul how Britain heats its homes for the climate emergency has been branded “inadequate”...

Colin Powell, who has died at the age of 84, always insisted he did want America to invade Iraq...

WASHINGTON — Former President Trump has filed a lawsuit to block the release of documents to the Jan. 6 select...

Michael Caine has said he “regrets” supporting Boris Johson in the last general election.The 88-year-old actor hit out at...

Boris Johnson has announced that the Queen has agreed to grant Southend city status in a tribute to Sir...