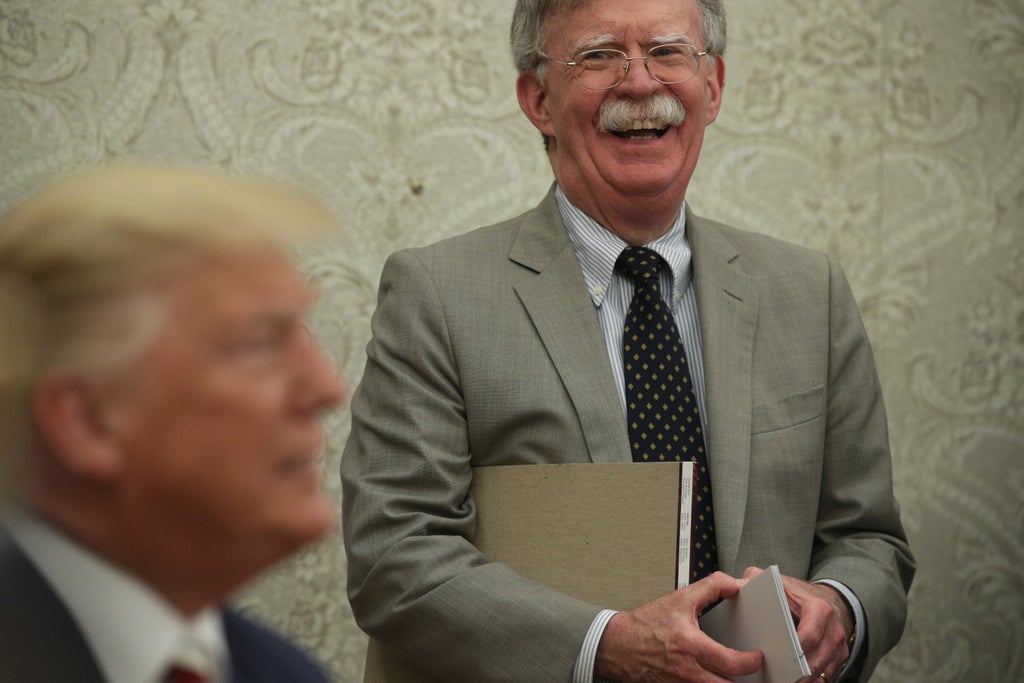 The Department of Justice has dropped its lawsuit over an anti-Trump book by former national security adviser John Bolton, lawyers for both sides announced on Wednesday.

The book, The Room Where It Happened, was extremely critical of Donald Trump’s presidency. Under Mr Trump, the Justice Department sought a court order to block publication of the memoir, arguing that it contained classified information.

When that effort failed, the department sued to seize all Mr Bolton’s profits from the book. It also launched an investigation into whether he mishandled classified information by publishing it.

On Wednesday, under a new president and new attorney general, the Justice Department ended both the lawsuit and the investigation.

Lawyers for Mr Bolton hailed the decision as a huge win for their client.

“By ending these proceedings without in any way penalizing Ambassador Bolton or limiting his proceeds from the book, the Department of Justice has tacitly acknowledged that President Trump and his White House officials acted illegitimately,” Mr Bolton’s attorney, Charles Cooper, said in a statement.

Mr Bolton served in the Trump administration for about a year and a half before the former president fired him – or Mr Bolton quit. The two men argued even over that.

The former adviser’s departure set off a months-long feud, with Mr Bolton criticising Mr Trump in his book and Mr Trump sniping at Mr Bolton on Twitter.

“Washed up Creepster John Bolton is a lowlife who should be in jail, money seized, for disseminating, for profit, highly Classified information,” the former president tweeted in June 2020, after the book was published.

The memoir accused Mr Trump of privately wishing for the execution of journalists, repeatedly cozying up to dictators, fostering a toxic work environment at the White House, and demanding that Ukraine investigate Hunter Biden in exchange for US military aid – the accusation behind Mr Trump’s first impeachment.

How to Submit a Complaint to the CFPB

Jeep Gladiator output to be idled because of chip shortage

Out of control and rising: why bitcoin has Nigeria’s government in a panic | Cryptocurrencies

The Ascent dev says it’s on the case as players discover PC version lacks DLSS and ray tracing on Game Pass but not Steam • Eurogamer.net