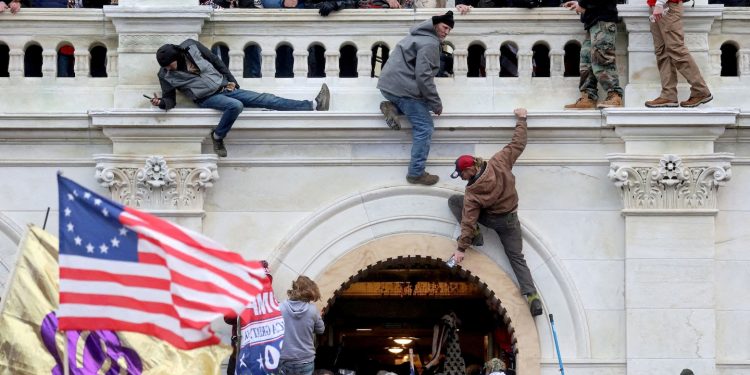 The Justice Department has asked the House committee investigating the Jan. 6, 2021, attack on Congress to share the results of its interviews — a rare moment of potential collaboration between the criminal investigation of the riot and the legislative inquiry.

Rep. Bennie G. Thompson (D-Miss.), the chair of the committee, told reporters Tuesday that the Justice Department — and some state and local investigators — requested that the committee share copies of interviews conducted by House lawmakers and investigators.

“My understanding is they want to have access to our work product, and we told them, ‘No, we’re not giving that to anybody,’” Thompson said. The committee may allow investigators to review records in the committee’s office, he said.

The Justice Department is prosecuting hundreds of the men and women who allegedly breached the Capitol as they sought to demand that Congress overturn Joe Biden’s electoral victory. Federal prosecutors also have recently expanded their investigation to include those who planned and financed the rallies in support of President Donald Trump that preceded the riot. And in Georgia, a local district attorney has opened a criminal probe related to Trump’s attempts to influence the election results in that state.

The New York Times first reported Tuesday that the Justice Department sent a letter last month seeking access to transcripts of the interviews the House committee has conducted. The request was open-ended, and it was not clear how much of the committee’s material the Justice Department wants to review, said a person familiar with the situation who spoke on the condition of anonymity to discuss an ongoing inquiry.

Such a request is unusual in that the Justice Department and the House committee have largely avoided coordinating their separate lines of inquiry. But with the criminal investigation well into its second year and the congressional inquiry expected to wind down in coming weeks or months, prosecutors want to review the committee’s key evidence.

It is hard to know how useful the interview transcripts may be, given that the Justice Department and FBI have a host of investigative tools and techniques at their disposal that Congress does not.

But the House committee has moved aggressively to compel individuals to cooperate with its investigation and has conducted more than 1,000 interviews — including extensive testimony from some aides who were close to Trump while he was president.

The House has asked the Justice Department to criminally charge several former Trump aides with contempt for refusing to cooperate with the committee’s inquiry.

As part of the Justice Department’s expansion of its probe, a federal grand jury in Washington issued subpoena requests to some officials in Trump’s orbit who assisted in planning, funding and executing the rallies on and just before Jan. 6.

Mariupol: Ukraine doing everything to save remaining fighters – BBC