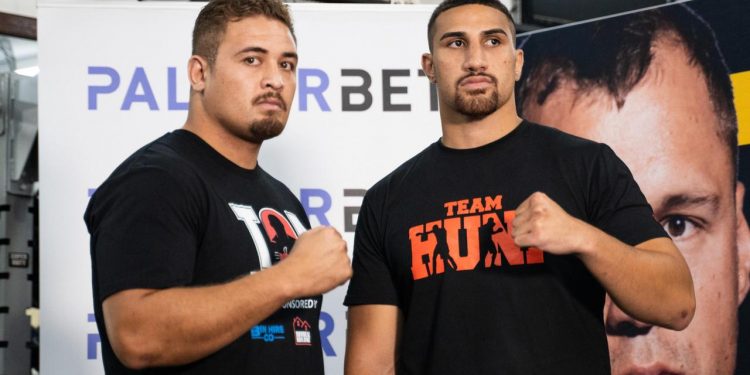 
Unbeaten Aussie heavyweight boxing star Justis Huni will make his long-awaited return to the ring after a disastrous 11 months on May 11.

Huni has not fought since a 10th-round stoppage of Paul Gallen last June.

Since then Huni missed the Tokyo Olympics due to a hand injury – where he was viewed as a medal contendr – before more injuries and two separate cases of Covid.

With a victory Huni would move into the top 15 of the IBF world rankings, moving him closer to a potential world title shot.

Huni would also be in line to face fellow unbeaten Aussie Joe Goodall, who makes his American pro boxing debut on the Tim Tszyu vs Terrell Gausha undercard later this month.

He has been told to develop more power which has been a criticism of the 22-year-old since he moved into the professional ranks.

“So I’ve had to work around that and get the stoppage (in four of his five professional wins).

“The one-punch KO, I’ve been working on with Justin (Fortune) – he hates the amateur style, he’s more of a ‘sit-down, knock these guys out’ guy.

“But I’ve learnt my whole life to box. So if that KO comes, it comes. But I’m not going to chase it because it drains me.”