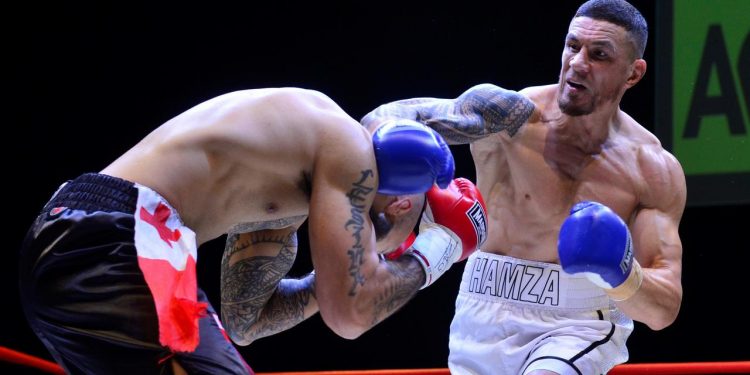 
Justis Huni believes taking on Sonny Bill Williams would be an obvious match-up, but only if he gets past Paul Gallen first.

Not that Huni is concerned though, saying he was on a “different level” to the highly decorated dual international.

Speaking after Williams’ victory, Lee doubled down on his belief that the sky was the limit.

“Like I said, my ambition for Sonny is to fight for the champion of the world,” Lee said.

“You can mark the date and the time that I said it because it will happen, two years.”

But Lonergan said talk of Williams becoming a world champion were over the top despite coming from one of boxing’s most respected figures.

“If anyone can go on to be heavyweight champion, it’s Huni and not Sonny Bill. If Sonny Bill had any balls he’d fight Paul Gallen next, and then if he beats him he could challenge Justis Huni.”

Huni, who took down Gallen over 10 rounds in Sydney last June, agrees.

“If he gets past Gal, myself and him would be the only two to beat Gal.

“That fight would make sense. I’m on a different level, though.

“He’s done it for a little while now. He had some fights a while ago. But it’s a different level, I’ve been doing this my entire life.”

Huni will take on Kiki Leutele on the Gold Coast on May 11, before setting his eyes on Joe Goodall.

The fight will be his comeback after a long break following two bouts of Covid-19 and surgery to repair a longstanding hand injury.

Since easily accounting for Gallen, Huni has been to the United States to work under renowned trainer Justin Fortune.

The rising Australian heavyweight believes he will unleash more power after his training camp in the US.

While his power remains in question, Huni’s skill-level is what separates him and has many excited.

Huni, too, believes his time spent refining his craft in the amateurs has given him a distinct advantage if he ever takes on Williams.

“Just my experience, speed, my boxing IQ, those things alone, I’m a lot more experienced in the ring and fighting in front of those big crowds,” he said.

Lonergan says the Huni camp would be extremely interested in taking on Williams if he continues in the sport, but believes the 36-year-old faces a race against the clock.

“I’ve got to be honest, I don’t think Sonny Bill for one second thinks he’s going to be a heavyweight champion.

“But he’s going to take the sport seriously and he’s showing his broad set of skills.

“Firstly, he’s a helluva physical specimen. He’s 6-foot-3, broad in the shoulders and powerful from top to bottom, but I thought he showed great control against Barry Hall and incredible accuracy.

“He’s made the transition well, but if he wants to step up with the big boys and have a real fight, Gallen would be one, but the real hard fight would be Justis Huni.

“If he gets past Justis Huni, then he could lay claim to go onto greater things. But we all know that he’d be no chance against Huni and I don’t think for one second Khoder Nasser would even entertain it, but you never know because when these guys have weapons, all of a sudden their ambitions grow.”