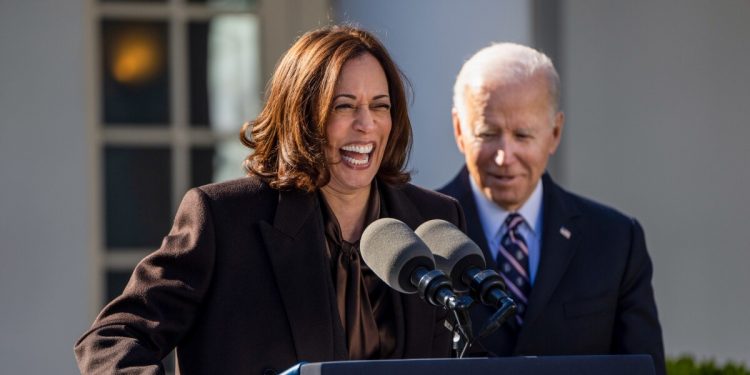 The meeting marks the first time since 1995 that a Jamaican leader has visited the White House.

Harris has had little known contact in recent years with her father, an 83-year-old Jamaican-born economist named Donald J. Harris, who was divorced from her mother, Shyamala Gopalan, when she was a young girl. He criticized Harris publicly in 2019 when she made a joke about her heritage playing a role in her smoking pot when she was in college.

Harris does not mention Jamaica often in public but visited the country as a child, spending time with relatives. Harris wrote in her memoir that her late mother, who was born in India, raised her and her sister, Maya, as “black girls,” with the understanding that they would be viewed that way in the U.S.

Though her strained family relations have complicated Harris’ connection with her father’s homeland, her ascension to the vice presidency has been greeted with pride in Jamaica, a Caribbean nation of about 3 million people with strong cultural and economic ties to the U.S.

“I know she doesn’t make a big deal of it, but, as you can imagine, small countries make a big deal of any sort of global exposure or connection,” said Dr. Damien King, an economist who is the executive director of the Caribbean Policy Research Institute in Kingston, Jamaica.

While Holmes’ visit marks the first of a Jamaican leader to the White House in nearly three decades, he and other Caribbean leaders met with former President Trump in 2019 at his residence in Palm Beach. Former President Obama visited the country in 2015 and Trump’s secretary of State, Mike Pompeo, went there in 2020.

Wednesday’s meeting will mark the 60th anniversary of diplomatic ties between the countries. A White House official who was not authorized to be quoted by name said that the two leaders would discuss the COVID-19 pandemic, economic issues and climate change, among other issues.

Though Caribbean nations were divided over how to relate to the U.S. during the Trump presidency, Jamaica maintained its close ties. Some Caribbean leaders boycotted Pompeo’s speech because of the administration’s hard line against Venezuela and its immigration policies. For its part, the Trump administration took issue with Jamaica’s increasing economic ties with China, which has built several infrastructure projects in the country as it seeks to broaden its global influence.

The Biden administration is also wary of China’s growing influence but has not spoken out as aggressively. King said he believes Jamaica is trying to balance those concerns with its need for economic investment, and that its leaders will likely press the administration for help in shoring up ties between American and Jamaican banks.

“My feeling is that the thinking is purely economic and pragmatic rather than trying to play geopolitical game theory,” King said. “Jamaica has given no indication of wanting to jeopardize its longstanding warm and close relationship with the United States.”

The same may not be true of its ties to Britain. Holness told Britain’s Prince William and his wife, Kate, during a tense meeting in Jamaica last week that his country wants to be fully “independent” from the United Kingdom. Though the former colony gained independence from British rule in 1962, Jamaica still recognizes the queen as its sovereign head of state.