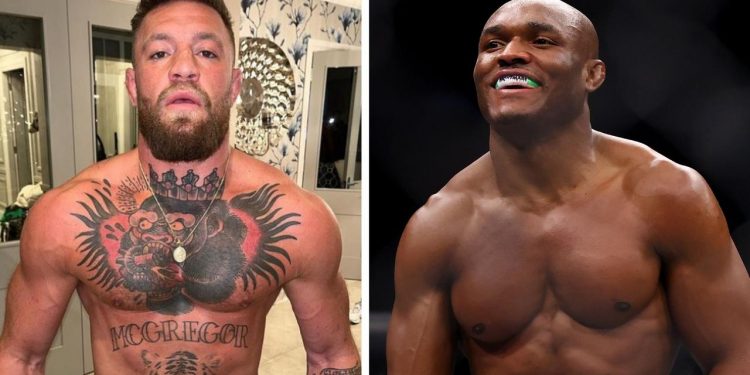 The Irishman, 33, has been out of action since breaking his leg in a defeat to Dustin Poirier last August.

But McGregor says he feels strong and full of energy after packing on the muscle and he is hungry for more success.

And he is no longer interested in cutting down, instead focusing on creating more history by winning Usman’s welterweight world title belt.

He told The Mac Life YouTube channel: “I believe that’s the fight to make, I believe myself and Usman for the 170lbs title for my comeback fight is the one I’m eyeballing.

“I’ve already won the 155lbs title, I got myself down to a lightweight frame … but I’m big now I feel big, I feel strong, I feel healthy.

“I’ve got good energy, I’m coming back after a gruesome injury, I don’t want to deplete myself.

“I feel confident against Usman, a jab happy, slumpy orthodox wrestler with no submissions whatsoever.

“What’s he going to do, where’s the danger? I don’t see a danger with him, his ground and pound isn’t strong. Plus he’s on the older side.

“Plus the world (title) is to be took again. The triple crown, no-one’s ever obtained three knockouts in three weight divisions moving up like I have already.

“But no-one has ever obtained three UFC world titles across three divisions like I will do also if we make this fight.”

Usman is open to fighting McGregor, saying there is an offer on the table for ‘The Notorious’ to take up.

But it’s a massive step up in class as Usman is the No. 1 ranked pound-for-pound fighter and he laughed off McGregor’s comments.

“You guys want a murder scene in the octagon,” Usman tweeted.

He also added a picture with Khabib Nurmagomedov who famously choked out McGregor in UFC 229.

The Nigerian world champion also revealed he was willing to fight McGregor two years ago, but his offer was rebuked.

If that happens again McGregor could turn his attention to Jorge Masvidal, who has been beaten by Usman and most recently lost to Colby Covington.

This story first appeared in The Sun and was republished with permission.