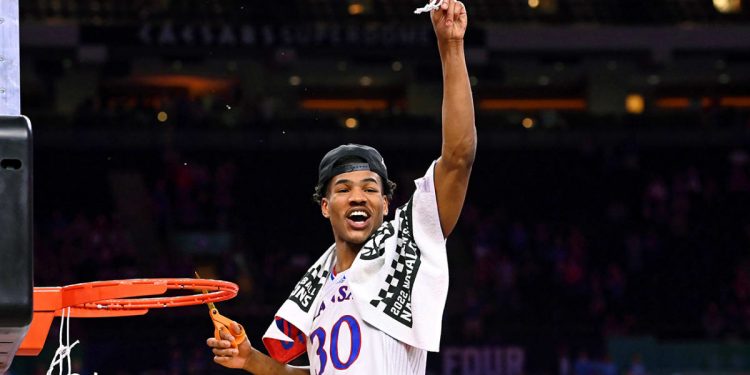 Kansas star Ochai Agbaji officially declared for the 2022 NBA draft on Sunday in an announcement on Twitter.

“From start to finish, the entire season felt like it had been scripted,” he said in the statement. “A season I’ll remember forever. One I’ll never take for granted.

“But before I put my collegiate career in the rearview mirror and look to the future, I want to thank some of the people who helped put me on the road to success,” he continued. “My family. My teammates. My coaches. and of course—Jayhawks nation. With that said, I would like to declare for the 2022 NBA draft. Rock chalk forever.”

Ochai couldn’t have asked for a better farewell tour this past season. He was named a consensus first-team All-American and was the Big 12 Player of the Year. His dominance continued into March Madness and was named the NCAA Final Four Most Outstanding Player after the Jayhawks beat the Tar Heels to win the national championship.

He averaged 18.8 points and 5.1 rebounds while shooting 40.9% from deep as a 6’5″ senior. The NBA draft is scheduled for June 23 at the Barclays Center in Brooklyn.