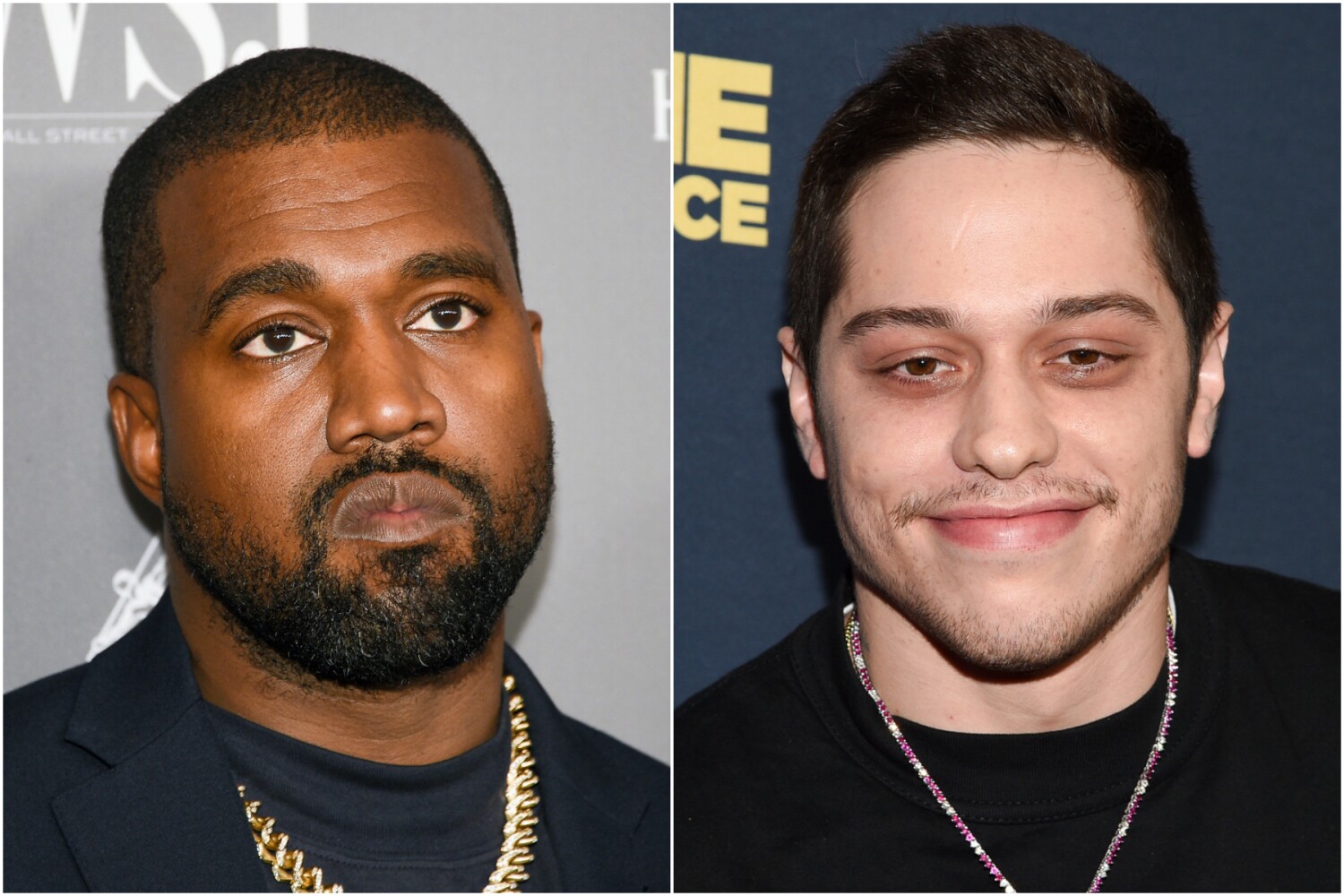 A number of social media users are disturbed by Kanye West and the Game’s new claymation music video for “Eazy,” which depicts West kidnapping, burying and decapitating a clay figurine in the likeness of “Saturday Night Live” star Pete Davidson.

In the “Eazy” video, a clay version of West — who changed his legal name to Ye — abducts a clay figurine of Davidson before burying it in the ground and holding its severed head.

“N—, we havin’ the best divorce ever / If we go to court, we’ll go to court together,” Ye raps on the track, which repeatedly references his turbulent divorce with Kardashian, the mother of their four young children. (On Wednesday, a judge declared Kardashian legally single, and the beauty mogul officially dropped “West” from her last name.)

“Rich-a— kids, this ain’t yo’ mama house / Climb on your brother’s shoulders, get that Top Ramen out / God saved me from that crash / Just so I can beat Pete Davidson’s a— (who?).”

The controversial video comes on the heels of Ye being accused of harassing Kardashian online, along with her telling an L.A. court that her former partner’s social media posts have caused her “emotional distress.”

Not long after the video came out, Twitter users condemned Ye for taking his public disdain for Davidson too far. Some even interpreted the claymation slaying as a serious threat against the actor, deeming the visual “weird and scary on so many levels.”

“If I were Pete I would get a restraining order on [Ye] ASAP,” tweeted writer Meecham Whitson Meriweather, “it’s BEEN weird, but this is a whole new level. … Like imagine doing ALL THIS because you’re upset about a PR relationship.”

“All this violence for Pete shows that Kanye never viewed Kim as a human being but property,” wrote @black_isallgold.

Still, some defended Ye’s vision and praised the video as an innovative work of art. In recent weeks, Ye also has targeted Kardashian and Davidson in multiple since-deleted Instagram posts, dismissively referring to the comic as “Skete.”

At the end of the “Eazy” video, a title card reads: “Everyone lived happily ever after. Except you know who,” with “Skete” crossed out. “[Just kidding] he’s fine.”

“Kanye dropping this Eazy video on the day of his divorce is beautiful,” tweeted @MajestyRia. “As dark as it is, it’s beautiful. He’s an artist expressing his grief. If Skete can go on SNL & make a mockery of a man, he can become the joke as well. Art is subjective, it’s ok if you don’t like it.”

Others, however, criticized Ye’s supporters for “defending and excusing this disgusting … behavior” while pointing out a double standard regarding how the “Heartless” hitmaker’s work has been received compared to that of his female and LGBTQ+ contemporaries.

“More people were offended by Lil Nas X wearing a skirt and Cardi singing about her WAP than there are about this,” tweeted @TheTitanBaddie. “That’s wild to me.”

See more reactions to “Eazy” below.