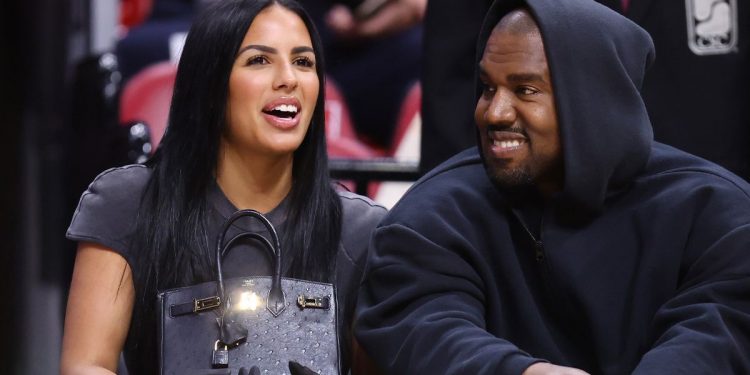 
Kanye West is no stranger to splashing the cash on his partners, with his new flame Chaney Jones said to have been treated to an expensive and rare Birkin handbag this week

Kanye West has reportedly treated his new girlfriend Chaney Jones to a “very very rare” Birkin handbag, which is said to be worth more than £200,000.

The rapper, 44, has been romantically linked to the the business executive, 24, for a couple of weeks, with her having been compared to his ex Kim Kardashian, 41.

The relationship comes following his split from actor Julia Fox, 32, whom he had begun dating after meeting on New Year’s Eve – with them subsequently breaking up last month.

Amid such relationships, he has been known to treat women with expensive purchases – with him now said to have splashed the cash on a rare Birkin handbag for partner Chaney.

Kanye West, pictured earlier this month, is said to have treated girlfriend Chaney Jones to an expensive handbag this week (Credit: Getty)

According to PageSix, he purchased a rare version of the bag – which is said to be silver metallic Chèvre leather with palladium hardware – for $275,000 (roughly £209,000).

The outlet states that he bought it from handbag sourcing company Privé Porter, with him said to have shipped the purchase all the way to Texas for Chaney to receive it.

It’s been reported that the handbag was delivered to his girlfriend in Houston on Tuesday night (March 30), with Kanye said to have watched her receive it on FaceTime.

He’s been linked to Chaney for a few weeks
(

She’s been compared to his ex Kim Kardashian
(

Sources told the outlet that the gift had been requested by Chaney, who wanted the exact version of the bag as it is “very, very rare” and isn’t in circulation anymore.

The Mirror approached reps of Kanye and Chaney for comment.

It’s not the first time that Kanye, also known as Ye, has treated a partner to a Birkin bag – produced by luxury brand Hermès – as he is believed to have bought one for Julia too.

He had been dating Julia Fox earlier this year (Credit: Getty Images)

The Grammy Award winner is said to have bought a number of the handbags for Julia and her friends for her birthday last month – prior to reports that they had separated.

Following the break-up, she has continued to attract attention and has even teased that she’s been working on her first book, which she discussed at a party for the Oscars.

The Uncut Gems actor didn’t want to give too much away as she doesn’t like to “speak about things before they’re finished,” but she referred to the book as a “masterpiece.”