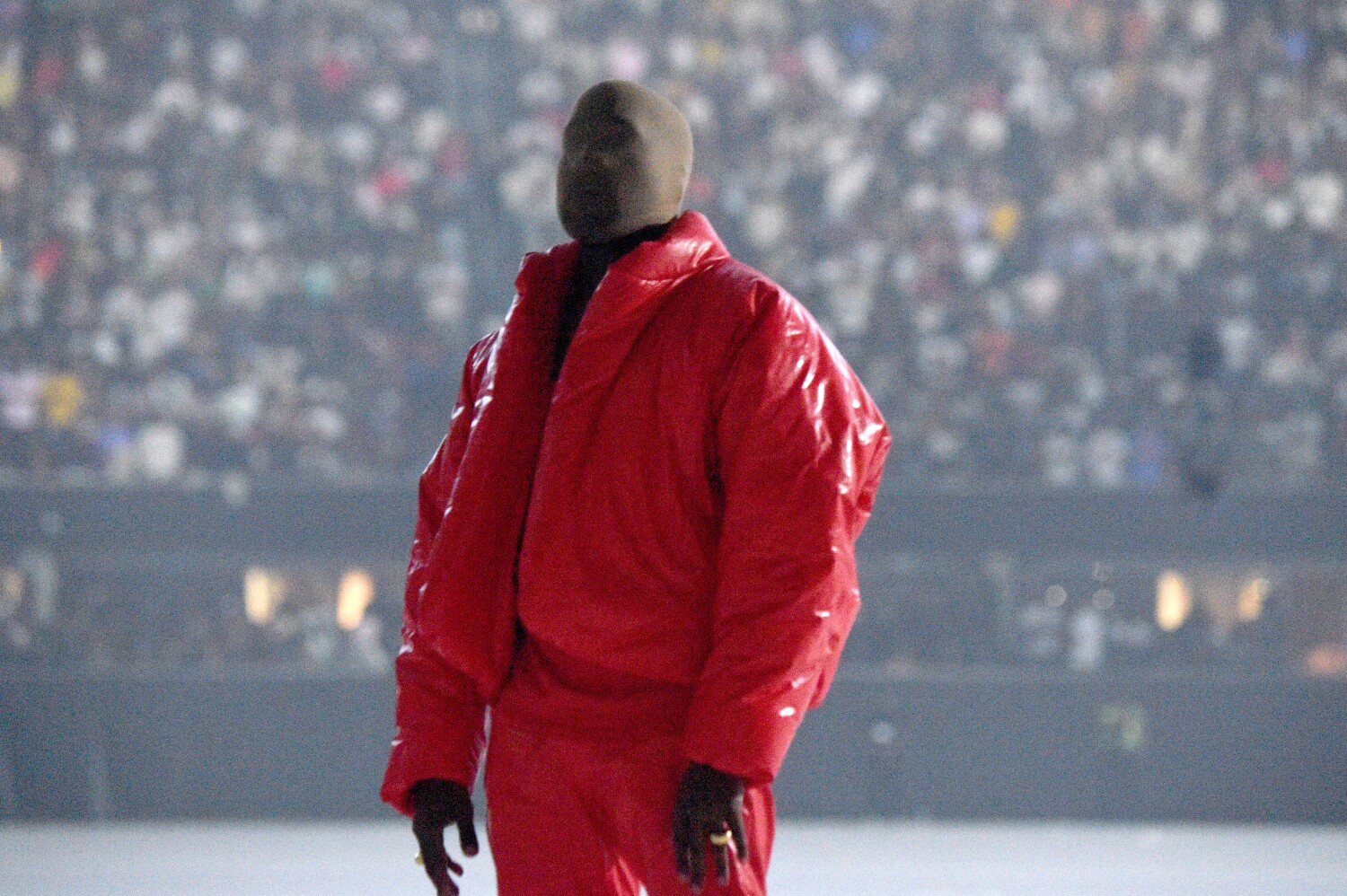 The venue was the same spot where he gathered fans two weeks ago to unveil his 10th studio LP, “Donda,” which he said at the time would be released July 23. That didn’t happen, but reports soon surfaced that the superstar rapper, producer and entrepreneur had moved into a small room in the bowels of the the stadium to complete the album; hours before Thursday night’s event, Apple Music began streaming a visual feed from what the platform said was West’s room as he raced to complete the LP.

Despite promises from various sources that “Donda” would hit streaming services shortly after Thursday’s performance, the album hadn’t appeared on Apple Music or Spotify by 9:30 p.m. Pacific time.

Still, the version of “Donda” that West unveiled Thursday was considerably longer and more expansive than what he played last month. The album still touches on West’s late mother (whose name provides its title) and his recent separation from his wife, Kim Kardashian; it still features spoken-word interludes from Donda West and still contains songs in which the rapper references lawyers’ fees and laments that he’s “losing my family.”

And “Donda” still includes a collaboration with Kanye’s longtime frenemy Jay-Z, in which the latter compares “Hova and Yeezus” to “Moses and Jesus,” as well as cameos from the likes of Playboi Carti, Travis Scott and Pop Smoke.

But as West offered it up Thursday — in a performance that had him prowling around a mockup of a bedroom on the stadium floor as hundreds of fans-turned-extras ambled around him in a kind of circular mosh pit — “Donda” now features the Weeknd (in a pleading electro-gospel song that also features Lil Baby), Jadakiss of the Lox (who apparently jumped on the album in the hours after this week’s Verzuz battle between the Lox and Dipset) and Larry Hoover Jr. (who delivers an impassioned monologue about his father, the imprisoned Chicago gang leader Larry Hoover, whom West reportedly lobbied former President Trump to grant clemency).

Even songs that West played last month had been fleshed out with new vocals (from West and others) and new instrumental textures.

It’s a lot! And it’s anyone’s guess when we’ll hear it again.