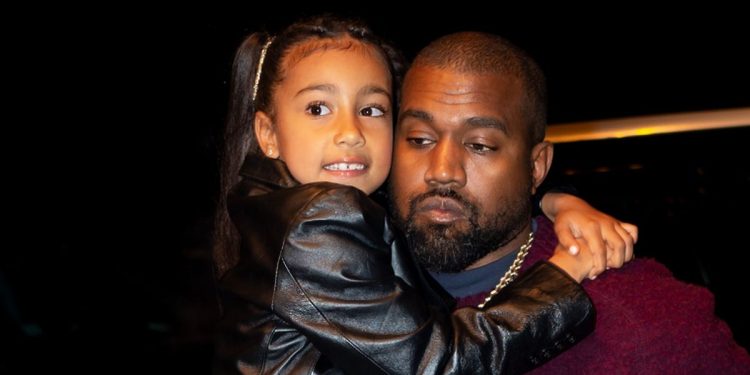 
Rapper Kanye West has taken aim at his estranged wife Kim Kardashian for allowing their daughter North, eight, to continue making TikTok videos ‘against his will’

Kanye West says nothing will keep him from his children

Kanye West has made a public plea to fans to help stop his daughter North from posting on TikTok.

The 44-year-old rapper, who shares North, 8, with estranged wife Kim Kardashian, begged his fans for help as she insisted his daughter is continuing to post videos on TikTok ‘against his will’.

The Touch The Sky hitmaker took to Instagram to ask for advise as he shared a screenshot of his eldest daughter’s latest viral video.

Alongside the screenshot, the angry father penned: “SINCE THIS IS MY FIRST DIVORCE I NEED TO KNOW WHAT I SHOULD DO ABOUT MY DAUGHTER BEING PUT ON TIK TOK AGAINST MY WILL.”

Kanye’s estranges wife Kim, 41, filed for divorce from the rapper last year after six-years of marriage.

Since their split, the pair’s relationship appears to have gone downhill as Kanye has taken to social media in the past couple of months to slam the SKIMs founder and her parenting skills.

Last month, Kanye blasted Kim for continuously allowing North to post on TikTok without his permission.

In an interview with Jason Lee for an episode of Hollywood Unlocked, the Famous hitmaker admitted that he’s not a fan of the viral video app and doesn’t particularly like the fact that his eldest daughter, North has become quite the TikTok sensation after hacking into her mum’s account numerous times in recent months.

Kanye admitted that he had his two female cousins’ speak to Kardashian’s ‘security’ on his behalf last week after an alleged ‘incident’ at the family home.

Kim and Kanye married in 2014 but split last year
(

The Stronger hitmaker then said that although he was used to having his personal life being in the limelight, he was particularly sensitive about the public’s perception of his children.

“They can go on SNL and make jokes, they can make jokes in the media, they can plant stories, about whoever I am dating and whatever I want to do. I can tell you straight up, don’t play with my kids,” Kanye insisted.

“You are not going to gaslight me, thinking it is going to be calm like this.”

It comes after North and Kim, 41, created a joint TikTok account called @kimandnorth this past November.

The mother-daughter duo currently have over 5 million followers and their account has racked up an impressive 53.2 million likes.

The account is mainly filled with videos of Kim and North spending quality time with each other but Kanye isn’t too impressed with the type of videos that the pair are putting out.