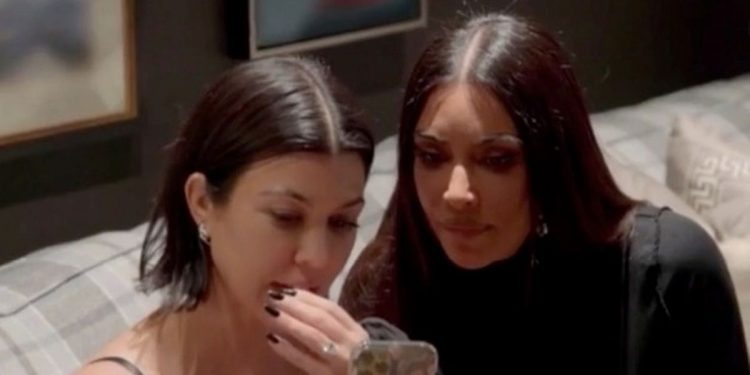 
A producer of The Kardashians has said that the famous family leave footage they feel is too “personal” on the cutting room floor of their Hulu reality show.

The Disney+ show The Kardashians, which follows the long-running E! reality show Keeping Up With The Kardashians, premiered last month and was touted as an “all-access pass” to the influencer family’s lives.

But a producer of the show has now said that the Kardashian sisters have final approval on what is aired in the “rivetingly honest” Hulu show.

Danielle King told Us Weekly on Monday that the Kardashians are the “true executive producers” of the show and that “personal boundaries” have led to scenes being cut.

She said: “A lot of their participation in terms of being an executive producer comes in post-production.

“Obviously like any human being, they have boundaries so they can decide what stays in, what stays out of the show.

“But they also understand what the show is and so they share just about everything.”

Danielle confirmed certain moments were not included in the final cut of the show, stating the reasoning behind the decision was that the production team respects the Kardashian family’s “personal boundaries”.

Sisters Kendall Jenner, Kylie Jenner, Kim Kardashian and Khloe Kardashian, as well as matriarch Kris Jenner, are all listed as “executive producers” on the show.

Danielle did not shed light on which scenes may have been cut, or which sister they were in relation to.

This comes after a plotline in The Kardashians relating to Kim’s infamous leaked sex tape was called into question by her ex Ray J.

The 41-year-old claimed he had nothing to do with the leaking of the 2007 sex tape and accused the Kardashians of ‘abusing his name’ to make money out of the situation.

In a bombshell interview with the Daily Mail, Ray J said: “I’ve sat in the shadows for over 14 years allowing the Kardashians to use my name, to abuse my name, make billions of dollars over a decade and a half talking about a topic I’ve never really spoken about.”

He went on to claim that he never possessed a copy of any of the sex tapes the former couple made together.

It came after Kim was filmed crying over an ‘unreleased sex tape’ in the latest episode of The Kardashians.

Viewers saw the mum weeping in a hotel room hours before the filming of her Saturday Night Live episode as she shared that estranged husband Kanye West had flown to Los Angeles to ‘retrieve the tape from Ray J’.

LoanDepot To Lay Off Workers, Warns Of 2022 Loss As Originations Plunge 48%