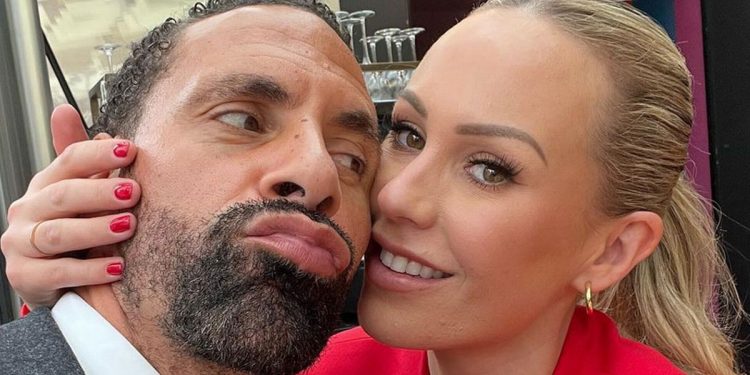 
Kate Ferdinand gushed over her husband after he was awarded an Honorary Doctorate for his charity work.

The mum-of-one shared a selection of photos of the former footballer wearing robes with a heartfelt caption.

“So proud of my husband. It’s been such an emotional morning, Rio was recognised by @lsbu with an Honorary Doctorate for all of his work In the community: from @rioferdinandfoundation to his help in tackling inequality, racism & the stigma around mental health,” she wrote.

“Your achievements in football are out of this world but what I love about you most is what you do to help others. So proud, & forever will be. Dr Ferdy.”

The former Manchester United player grinned in his robes and Doctoral Tudor Bonnet.

Fans rushed to congratulate Rio for his hard work.

“Aww what a proud moment,” one wrote.

“His speech was amazing. Congratulations Dr. Ferdinand,” another commented.”

The activist was presented with the doctorate by London South Bank University (LSBU) for “his leading work in tackling inequality in all its forms”.

Rio set up the Rio Ferdinand Foundation in 2011 to fight inequalities he experienced to help young people reach their potential in the arts, education, media and sport.

He launched Youth Voices in 2020 which set up podcasts, film, spoken word and music.

The 43-year-old who lost his wife in 2015 in has worked to tackle the stigma of mental health issues in young men through BBC1’s Rio Ferdinand: Being Mum and Dad.

He then released his bestselling book Thinking Out Loud – where he opened up about his own grieving process.

Accepting his doctorate, Rio said: “I’m incredibly proud to be presented with an honorary degree by LSBU.

“I hope it inspires young people to learn, to help their communities and to break down the barriers that too many people face in their lives.

“My foundation has been based at LSBU for two years which is a great help to our work to give young people the support, inspiration and opportunities they need.”

David Phoenix, LSBU Vice-Chancellor said, “Rio Ferdinand, was born and brought up in South London and became one of the UK’s most successful and best-known footballers.

“Rio has played a leading role in tackling issues including inequality, mental health and racism in sport through the Rio Ferdinand Foundation which is tackling the inequalities he experienced when he grew up in South London, and we are very proud to be working with him on this agenda.”