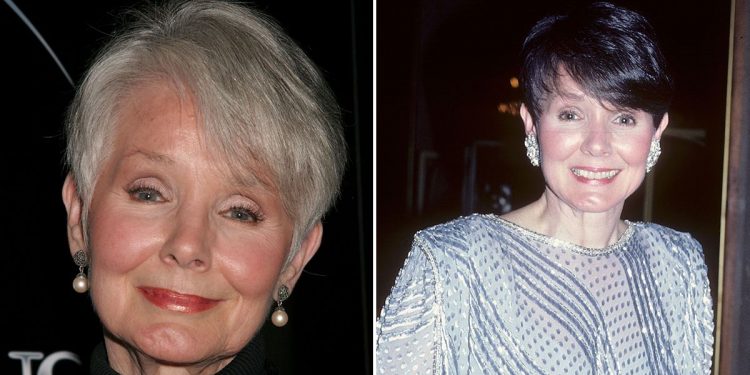 
American sitcom actress Kathryn Hays has died at the age of 87.

The late star, best known for her role on As The World Turned, sadly passed away on March 25 Fairfield, Connecticut.

According to TVLine, Kathryn’s former ATWT co-star Don Hastings said in a statement: “Our relationship as Bob and Kim was as close as Kathryn and my relationship, except we were not married.

“We were more like brother and sister and we were great friends.

“Our biggest squabble was that she always wanted to rehearse and I wanted to take a nap.

“This is a huge loss to all who knew her.”

Kathryn made her name playing the role of Kim Hughes on the CBS soap opera As the World Turns from 1972 to 2010.

Prior to landing her most recognisable gig, the late actress played Elizabeth Reynolds Pride in the NBC western series The Road West, with co-stars Barry Sullivan and Andrew Prine during the 1966–67 television season.

In 1968, Kathryn made a cameo on Star Trek – taking on the role of a mute alien called Gem who was capable of assuming the pain and the injuries of others and, thereby, healing them.

The late actress was no stranger to various sitcoms and soaps over the years, alongside appearing in films such as Ride Beyond Vengeance (1966) and Counterpoint (1968).

The mum-of-one’s final work took place in May 2020, when see appeared on an episode of The Locher Room, a series of YouTube episodes reuniting various soap stars.

We’ll be bringing you the latest updates on this breaking showbiz news story.

Please check back regularly for updates on this developing story HERE. Get email updates on the day’s biggest stories straight to your inbox by signing up for our newsletters.

Get all the big headlines, pictures, analysis, opinion and video on the stories that matter to you by following The Mirror every time you see our name.

Keep up-to-date with your must-see news, features, videos and pictures throughout the day by following us on Facebook at facebook.com/MirrorCeleb

See all our social accounts you can follow here: mirror.co.uk/social