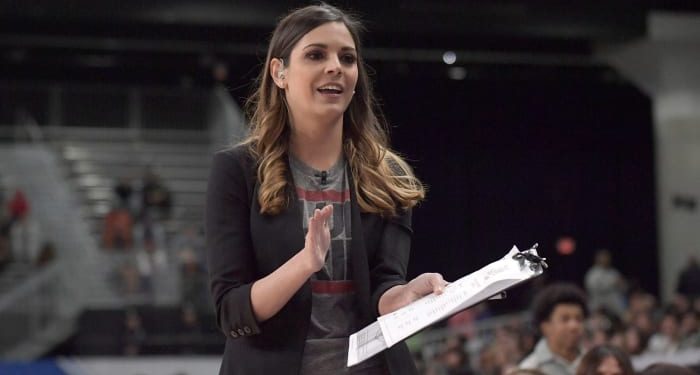 
NBC announced on Thursday that sports media star Katie Nolan will be producing daily, short-form content throughout the 2022 Winter Games in Beijing.

Her work will be distributed across their linear and digital platforms.

“I always dreamed I’d go to the Olympics one day,” Nolan said in the company’s press release. “Technically in the dream I was winning gold for Team USA, but I’m thrilled at the chance to win one with Team NBC Olympics. We get medals for this, right?”

During her time at ESPN, she hosted a sports-comedy digital show called Always Late With Katie Nolan, which was canceled in 2020, Nolan said. However, she remained with the company, participating in other digital platform shoes, before leaving at the end of September.

“We are excited to welcome Katie to Team NBC Olympics, where her unique storytelling ability will be utilized across multiple platforms,” said Rebecca Chatman, Vice President and Coordinating Producer of NBC Olympics production.

This is not the 35-year-old’s first Olympics experience. Nolan won a junior Olympics gold medal in rhythmic gymnastics when she was 10 years old.