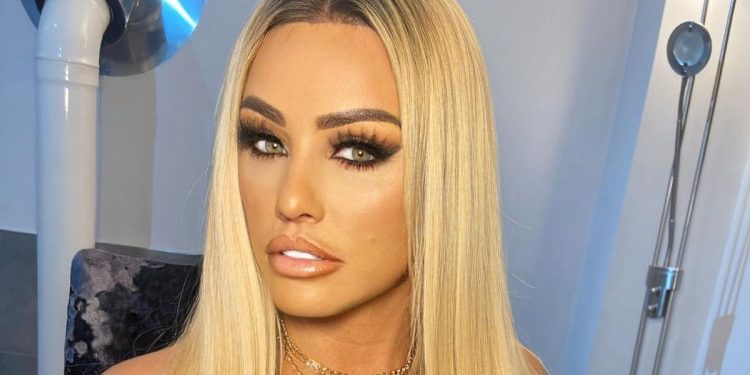 
Katie Price has filmed herself wearing a pair of shoes which are allegedly made of fox and mink despite promising fans that she would never wear fur again.

The former glamour model, 43, showcased her new footwear purchase while on a romantic getaway with fiancé Carl Woods as the lovebirds soak up the sights of Thailand.

Alongside the video, Katie penned: “Obsessed have them in all colours. Thankyou @icequeendesign your footwear is amazing”.

Katie attached a link to the brand’s website which quickly revealed that the slipper-style shoes, worth a whopping £145, are made of ‘both fox and mink fur’.

The TV star’s latest purchase will most likely come as a huge disappointment to her fans after she promised she was done with wearing fur last year.

Last February, Katie faced immense backlash after she sported a hooded cardigan which was lined with fox fur.

After splashing a hefty £270 on the piece, Katie’s Instagram followers slammed the star for promoting the fur garment.

A number of unimpressed followers hit out at the TV star for ‘claiming to be an animal lover’, having welcomed a number of dogs, cats, lizards, guinea pigs, and horses as family pets over the years.

“I want to say a massive apology to everyone. Over the years I have accumulated a number of fur clothing which now I DO NOT WEAR.

“I have done my research and I have seen the cruelty that goes into making these items. I have been so ignorant of the matter, but now I see that this is wrong,” she insisted.

In the clip Katie revealed that she would be selling her real fur items.

She added: “I am an animal lover, and I did a post ages ago for this company which was fur and, yeah, rightly I got so much s**t for it. They made me realise I am actually an animal lover and why do I need to wear real fur when there’s really good fake furs out there?”

The Mirror has reached out to Katie’s representatives for comment on this story.