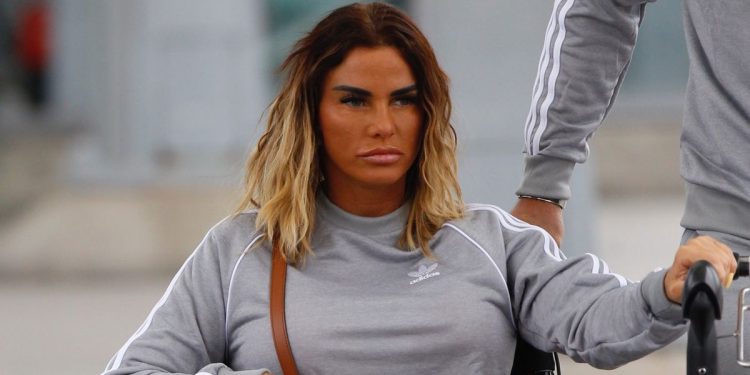 Katie Price could be wheelchair bound for up to three months as she prepares to go under the knife, it has been claimed.

The star was lucky to be alive after she fell a terrifying 25ft in 2020 while she was drunk and “mucking around” on holiday with her boyfriend Carl Woods and kids Junior, 16, and Princess, 14.

The 43-year-old mother-of-five smashed her feet during a trip to Turkey that left her confined to a wheelchair and unable to walk.

Two years on from the horror accident she continues to be left in constant pain – and some of that is down to her botched recovery.

She admits she went too fast after surgery last time and has been warned she must take her recovery seriously second time around.

A source told the Sun she may face three months in a wheelchair and that medics have told her a proper rehab is needed.

They said: “Katie’s feet mean she’s in constant pain – they haven’t healed properly and doctors have told her she’s facing another operation.

“This time she’ll have to take her recovering really seriously – staying off her feet for three months, using a wheelchair, not wearing high heels.”

In October 2020 Katie was warned she was ruining her chances of a full recovery after trying to stand on her broken feet six months early.

After her first op, she left people in the disabled community angry with her comments about being confined to a wheelchair.

Some were furious that she described being in a wheelchair as “humiliating”.

She gave an update to her social media followers yesterday as she explained that she would be getting medical treatment.

Katie explained: “So here I am at the hospital. It’s The Day. So after MRI scans, CT scans, X-Rays, it’s time to try something else on my feet to make it easier in life for me to do things.

“I struggle to walk. I can’t walk fast. Today they’re going to sedate me and try to put some cortisol injections [steroid hormone injections] in me.

“I’ve asked a lot of people about cortisol injections and it works for some people and it doesn’t for some others. But fingers crossed it does.

“If it doesn’t work, the other option is to go back into my feet and look at the screws and see what can happen. So I’m just waiting now because my op is soon.”