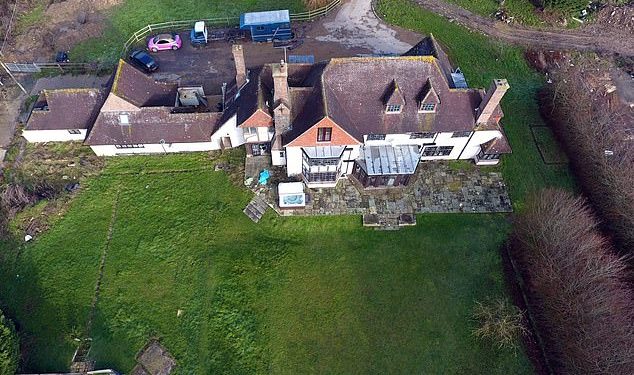 By Ella Hodson For Mailonline

Katie Price was reportedly horrified to learn her ‘mucky mansion’ has lost £1million in value in a new Channel 4 documentary.

The Sun has said she was ‘in a bad state’ when she learnt the news of the house –  after purchasing the property from former Cabinet Office Minister Francis Maude in 2014 for £2million.

The new show will follow Katie, 43, trying to repair the house which has been in disarray after various mishaps, including fly tipping, floods and a fire. 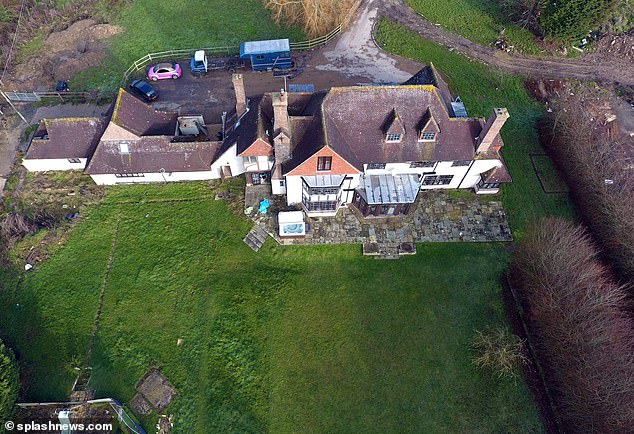 Oh no: Katie Price, 43, was reportedly horrified to learn that her mucky mansion has lost £1m in value in a new Channel 4 documentary

A source told the publication: ‘Katie knew it was in a bad state, but when she found out it’s now worth less than a million – half its original value – while filming the new show, it was a real shock.

‘She’s going to do everything she can to get it back to it’s former glory and make it worth something again. It’s a real disaster for her.’ 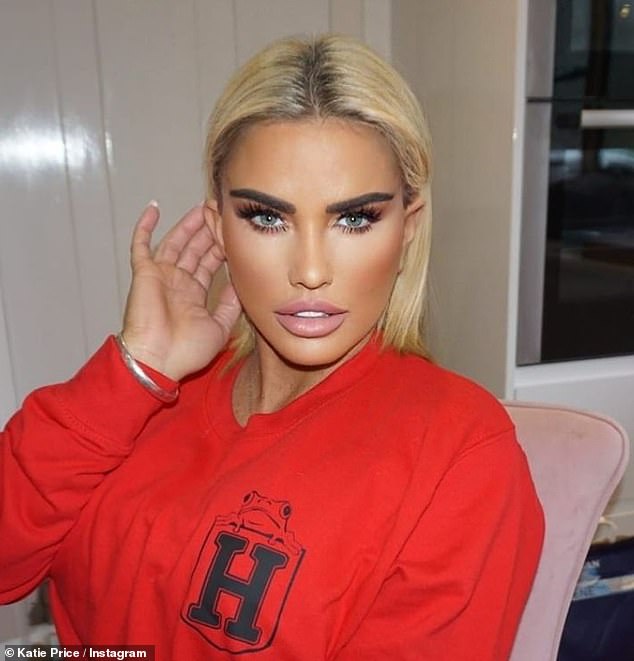 Sad: Katie was reportedly ‘in a bad state’ when she learnt the news of the house – after purchasing the property in 2014 for £2million 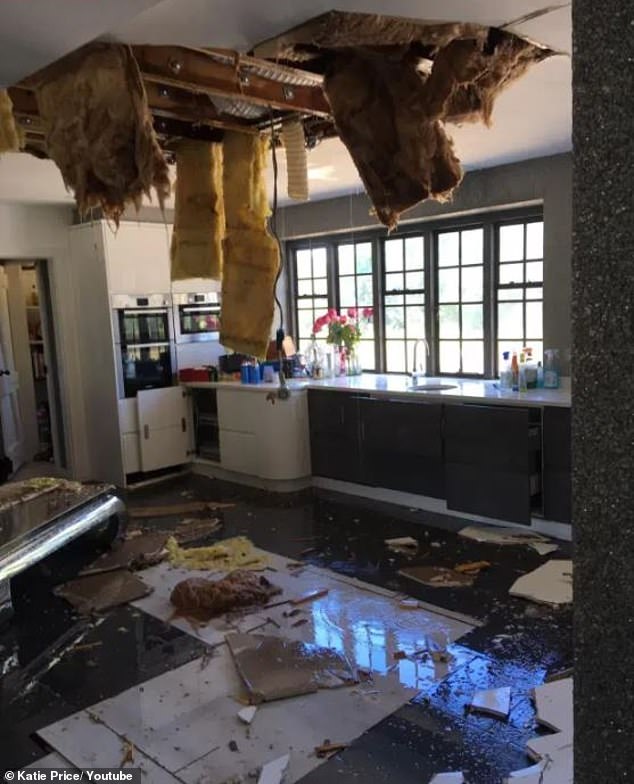 Wreckage: Back in 2020, intruders entered her home and flooded the upstairs, causing thousands of pounds worth of damage to her new kitchen 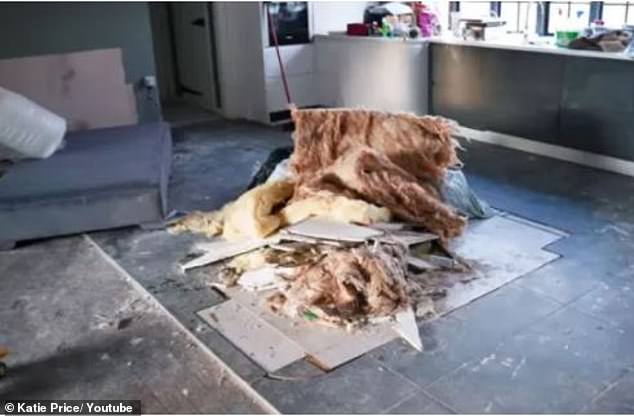 Terrible state: The ceiling caved in after thieves left water running from the bathroom above

Back in 2020, intruders entered her home and flooded the upstairs, causing thousands of pounds worth of damage to her new kitchen.

The house was also ransacked by thieves last year, who stole a pile of personal photographs.

Katie’s son Jett’s room later went up in flames and was subsequently damaged by the fire. 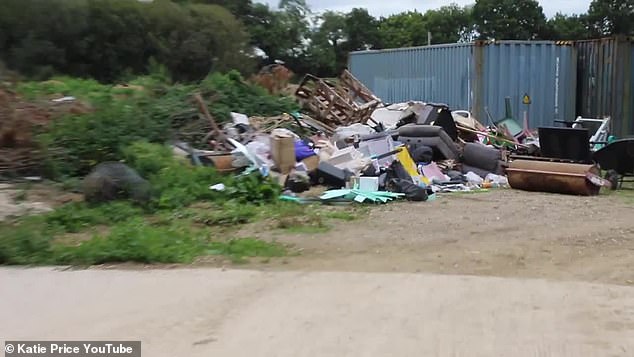 Rubbish strewn everywhere: The house was given the name mucky mansion after it fell into disrepair

Later in the documentary, the publication states Katie also admits she ‘hates’ living in the house.

It is not only Katie who has admitted she doesn’t want to spend time there, but her son Junior, 16, and daughter Princess, 14,  also share that they don’t like spending time there. 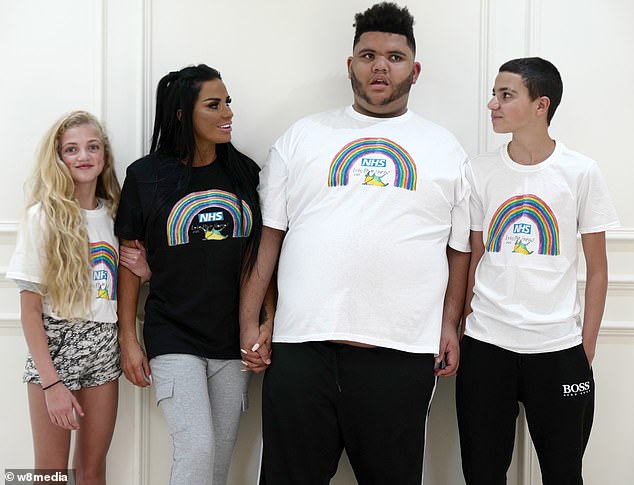 House not a home: Katie’s children Princess, 14, and Junior ,16,  reportedly say in the documentary they don’t like spending time there (pictured with brother Harvey 19)

The news comes after Katie was reportedly met with a with a repossession order for the home.

She failed to repay a debt of more than £500,000 on the property in West Sussex which she once said was ‘haunted’, The Sun claimed.

A Land Registry search for the property revealed to the newspaper that owner Katie owes money to both Kensington Mortgage Company and solicitor Archerfield Partners LLP.

A source told the publication: ‘Katie has failed to pay back the money she owes and her mortgage company had no option but to issue this order.

‘She was due to appear at a repossession hearing this week, but it will now most likely be rescheduled for a date in January.

‘This is a new low for Katie in what has been a difficult year.’

A representative for Katie was contacted by MailOnline for a comment at the time. 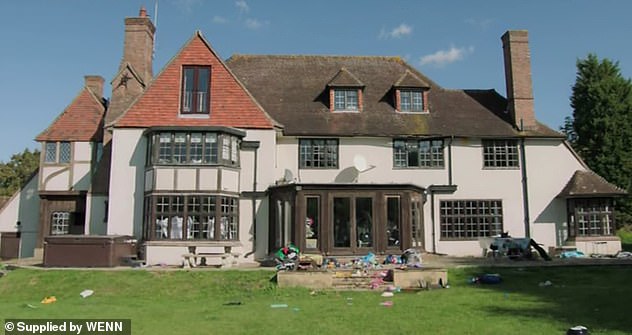 Difficult: The news comes after Katie was reportedly met with a with a repossession order for the home, according to The Sun 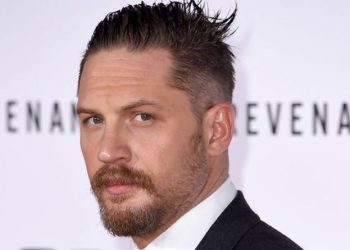 Although James Bond fans were... 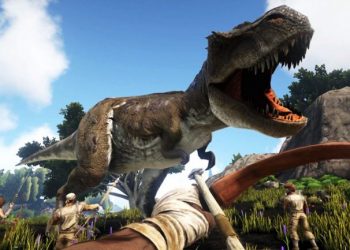 Studio Wildcard has pushed out... 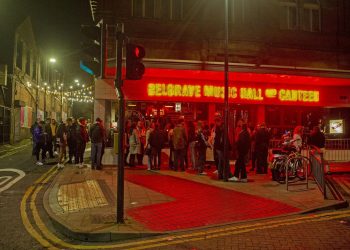 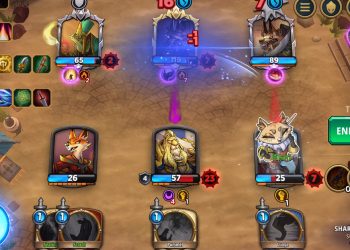 Netflix’s foray into the mobile...