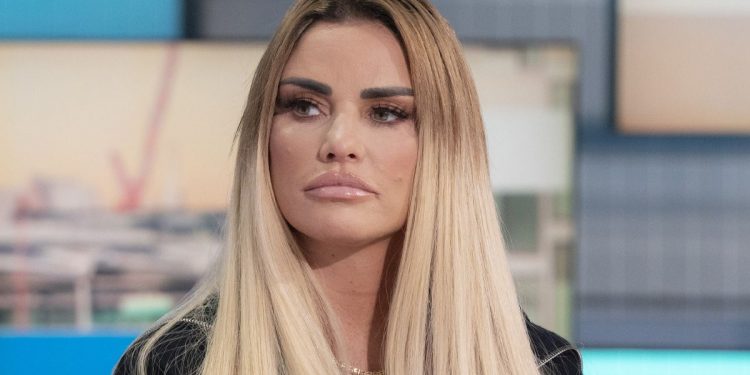 
Katie Price teamed up with sister Sophie for Little Pricey Clothing, but despite being announced in September last year, the brand has reportedly failed to get off the ground

Katie Price has a variety of different businesses, but her latest venture has allegedly failed to get off the ground

The Little Pricey Clothing brand, which the ex-glamour model launched in September last year with sister Sophie, has been hit by a series of problems in recent months.

The business was registered in March last year, but after a rocky patch in Katie’s life – which saw her arrested for drink driving – the clothing brand has been dissolved without selling a single item.

According to The Sun the big launch party for Little Pricey Clothing had been cancelled in December, and shortly after, Sophie applied for the business to be struck off from Companies House.

Katie and Sophie share the same mum, Amy Price, but have different dads – the mum-of-five’s father Ray left when she was a child, while Amy wed Sophie’s dad, Paul Price, in 1988.

The sisters also have a rarely-seen older brother Daniel.

Back in November, Katie’s rep insisted that the model and author “still has plans to launch a baby range this year”, but said family life was a factor in putting their business on ice.

“Sophie is shortly due to return to work after her maternity leave and her main focus will be Albert and learning to juggle full time work with a new baby. Therefore the account has currently been suspended,” they told The Sun.

Katie and Sophie delighted fans in September when they appeared together on Good Morning Britain to talk about their relationship, as well as their exciting new clothing brand.

The 43-year-old said despite her younger sister wanting to stay “private”, they were looking forward to working together on Little Pricey Clothing.

Sophie told hosts Susanna Reid and Alastair Campbell that she doesn’t even tell people she’s related to Katie, and prefers to keep it quiet.

“To be honest, I don’t really tell a lot of people. Not that there’s anything wrong with her! I’m just private,” she explained. “People just sort of tend to find out themselves.”

Katie said most of her family tend to keep out of the spotlight for fear of a “backlash” due to her fame.

“They take the backlash of it. My family, if they see a headline or anything like that because we’re all so close, they get the backlash,” she sadly shared.

Sophie prefers to keep out of the spotlight, unlike big sister Katie

Sophie also revealed she was called “nasty names” at school after pals found out her sister was Katie.

“She’s been seen in the public eye since I was about six,” she stated. “Girls just saying nasty things, but when you’re like, teenagers, you know what girls can be like but now it’s fine.”