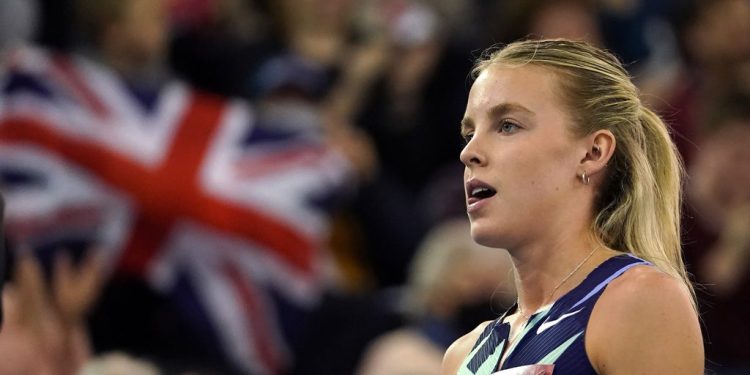 Great Britain’s Keely Hodgkinson has pulled out of the World Indoor Championships after an injury scare.

The 20-year-old, who won Olympic silver last year, was overwhelming favourite for the 800 metre title.

Hodgkinson warmed up at the Stark Arena but decided not to race in Belgrade following a recurrence of a quad injury picked up earlier in January.

She said: “I am in great shape so it is obviously a shame not to be competing here in Belgrade, but we decided to take this precautionary step in the best interests of the rest of the year ahead.

“I’m really pleased with my indoor season and it gives me a lot of confidence heading into the summer season which I am really looking forward to.

“Lastly, I would like to pass on my thanks to the medical team for their support and efforts to try and get me on the start-line this week.”

Her withdrawal comes after Katarina Johnson-Thompson pulled out of the 800m, the final event of the pentathlon, on Friday.

The 29-year-old had returned for the first time since an injury ravaged 2021, where she recovered from a ruptured Achilles to make the Olympics, only to suffer a calf injury in the heptathlon’s 200m.

The USA’s Christian Coleman, who missed last year’s Games in Tokyo while he served a ban for breaching anti-doping whereabouts rules, is back and won his heat in 6.51secs. Team-mate Marvin Bracy qualified fastest in 6.46s, while Great Britain’s Andrew Robertson failed to progress.

‘Overwatch 2’ will switch Doomfist to a tank role

Netflix is missing the biggest TV trend of 2022

Netflix is missing the biggest TV trend of 2022