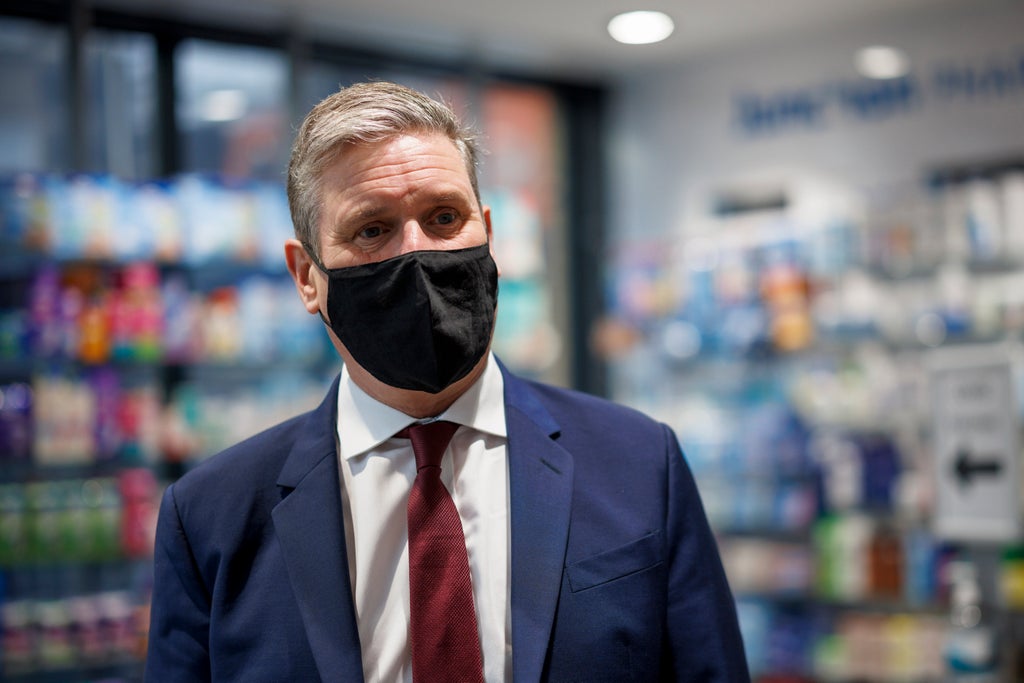 Keir Starmer has signalled he could be open to informal pacts with the Liberal Democrats and smaller parties at the next general election in order to remove Boris Johnson from No 10 and deprive the Tories of a majority.

The Labour leader’s comments come a week after the Lib Dems overturned a 23,000 majority in the ultra-safe Conservative seat of North Shropshire, dealing a significant blow to the prime minister’s authority.

Earlier in the summer, Ed Davey’s party also stormed to victory in Chesham and Amersham, despite the Tories winning a majority of over 16,000 votes in the constituency in the 2019 general election.

Admitting the sheer scale of the challenge his party faces at the next general election following its 2019 routing, Sir Keir hinted that he may refrain from piling resources into seats being heavily targeted by the Lib Dems.

However, he dismissed the idea of a formal pact or “progressive alliance” – where parties would agree to stand down candidates in certain constituencies in order to give one anti-Tory candidate a better chance of claiming victory.

“I do think we should have a Labour candidate that people can vote for wherever they live,” he told Times Radio. “And depriving them of that is not the right thing to do. There are also issues in relation to our rules.”

But the Labour leader went on: “Given the size of the task we face, given my utter determination that we are going to get this over the line at the next general election, I am very clear as to what our target seats are.

“I know where we have to win across the whole of the United Kingdom. And therefore, I will focus my party on those target seats in the places where we can win and we know we have to win.”

Referring to recent by-elections where the Liberal Democrats won surprise victories in Tory strongholds, the Labour leader added: “If you take North Shropshire for example, that isn’t on my list of target seats.

“That is not one of the seats that I ever thought we could realistically win. Chesham and Amersham, North Shropshire, are not on my list of target seats.

“Am I pleased to see the Tories upended there? Yes, I am. But I have to take an approach, given the situation we’re in, which is very clearly focused on the route for the Labour Party to win power at the next election.”

Sir Keir also stressed that he had to show Scottish voters that there was a “realistic prospect” of a Labour government, suggesting that many were motivated more by opposition to the Tories than by deep-rooted support for the SNP and independence.

“The idea that, as you cross the border into Scotland, the only thing that people are concerned about is the constitutional question just isn’t my experience,” he said. “People are talking about the cost of living, they are talking about health.”

Taking aim at the prime minister, whom he described as “dishonest”, the Labour leader also suggested that voters were now beginning to see Mr Johnson for “what he really is”.

Talking about Mr Johnson’s response to the allegations about lockdown-busting Christmas parties in Downing Street during the winter of 2020, Sir Keir said: “I don’t think many people believe him. I certainly don’t.”