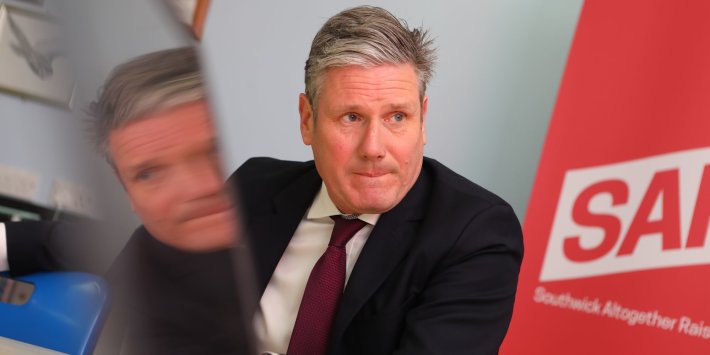 Exclusive: Keir Starmer has described Boris Johnson as “the opposite” of an honest politician and said that he has “absolutely nothing in common” with the Prime Minister.

In a new interview, that will feature in full on PoliticsHome’s The Rundown Podcast and in The House on Thursday, the Labour leader admitted that he had lost his cool with Johnson in recent House of Commons exchanges because he “fundamentally” disagrees with his approach to politics.

Starmer’s strongly-worded attack on the Prime Minister’s character came in the week that Johnson was issued with a Fixed Penalty Notice (FPN) from the Met police for his involvement in ‘partygate’. Johnson was found to have broken Covid lockdown laws when he attended a Downing Street gathering on 19th June, 2020, and has since paid a fine in connection with the incident.

Starmer spoke to PoliticsHome on Monday, the day before the Met Police announced that Johnson, his wife Carrie, and Chancellor Rishi Sunak would receive FPNs over a ‘partygate’ gathering, but he has since said that Johnson’s FPN further underlines his argument that they are “very different people”.

“Johnson is the first Prime Minister in history to have broken the law while in office,” Starmer told PoliticsHome on Wednesday.

“Even worse, they were his laws, and he went on the TV night after night telling the country they must follow them. He’s dishonest, has no integrity and he should be ashamed.

“I can’t fathom the utter disrespect that he has for the public, and for his office”.

Out on the May local election campaign trail in Sunderland on Monday, Starmer explained that he believed Johnson was not a “serious” man and that his handling of the ‘partygate’ scandal in particular offended his core beliefs.

“I have nothing in common with him,” Starmer said.

“Honesty, transparency, accountability and integrity matter in politics. He’s the opposite. He thinks that they don’t matter. That is why some of those PMQs exchanges have been really heated exchanges about whether integrity and honesty in politics matters,” he continued.

“The Prime Minister obviously thinks they don’t matter and that they [the government] can leave a mess for somebody else to clear up. I fundamentally disagree with that”.

Starmer, who this month is celebrating two years as Labour leader, contrasted the relationship he has with some Conservative MPs who he regards as “friends and colleagues” with his relationship with Johnson, who he described as a completely different person to him.

He insisted he does not find it “at all difficult” to work “across the political divide”, but in the case of the Prime Minister, “I’ve got absolutely nothing in common because we come at it completely differently”.

Subscribe to PoliticsHome podcast The Rundown to listen to the full Keir Starmer interview on Thursday.

Read the full Keir Starmer interview in The House online on Thursday, and in the magazine next week.