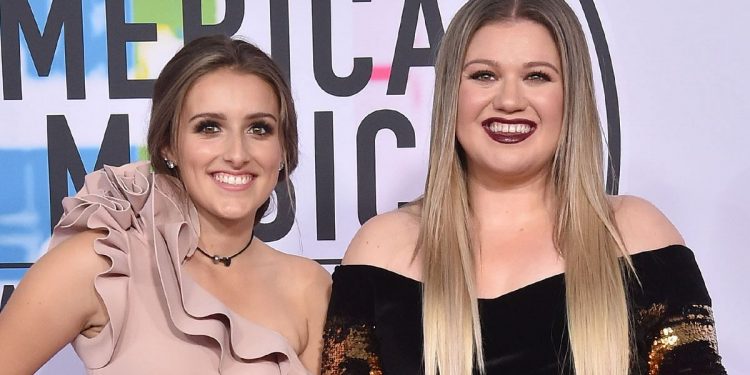 
Kelly Clarkson, 39, filed for divorce from Savannah Blackstock’s dad Brandon in 2020 citing ‘irreconcilable differences’. The sex and name of the baby is yet to be revealed, but a sweet photo of tiny footprints has been shared.

Kelly Clarkson’s ex-stepdaughter has welcomed her first baby into the world after the singer’s divorce battle.

Kelly, 39, filed for divorce from Brandon in June 2020 and told talk show host Andy Cohen that she might stay “single forever”.

The Since U Been Gone singer cited “irreconcilable differences” and won primary custody of their children.

Brandon, who shares River, seven and Remington, five with Kelly, claimed he couldn’t afford to buy his own house.

A source told People that: “Kelly is more than fine. She is doing great and facing forward.”

“She’s enjoying the fact that she has the kids for the vast majority of the time and is enjoying time spent with them.”

Kelly Clarkson and Brandon Blackstock filed for divorce in 2020

His daughter Savannah revealed that she and her boyfriend Quentin Lee were having a baby back in September 2021.

In a sweet pregnancy shoot they wore matching cowboy hats and posed in front of a sunset, with Savannah’s bump on full display.

She also shared a video of her dancing with Quentin and captioned it: “The most precious secret we’ve ever kept…”

Quentin also shared his own announcement post and wrote: “Sorry… been busy. #newchapter.

In her recent snap of the tiny prints, friends congratulated the new parents.

“Congratulations, mama! Sending love and leave to your sweet little family,” one wrote

It’s not clear how long the pair have been together for but they went official on Instagram in November 2019.

She is a judge on The Voice

She gushed over her beau: “I am so blessed to have found someone so perfect for me.

“I look forward to being a part of your growth, and I will always be right by your side through thick and thin.

“You give me happiness I never knew existed. You have my heart forever and always.”