Kelly Dodd: Only I Can Save The Real Housewives of Orange County! 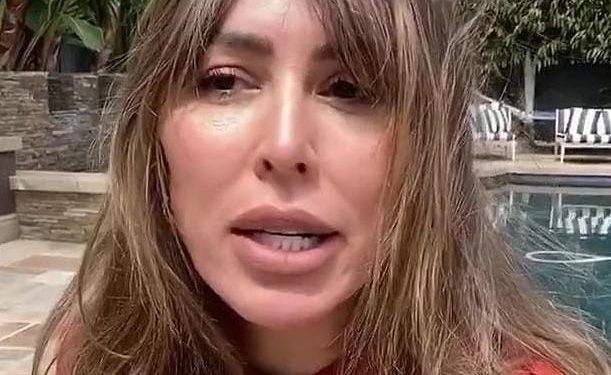 Go ahead say what you want about Kelly Dodd.


Please go right ahead and trash this former reality star as ignorant… or misguided… or cruel… or flat-out racist.


Because she often seems to be at least some mix of all these things and more.


But one must also admit that Dodd is honest, even if it can often be in an igorant, misguided, cruel and racist kind of way.


Just about a year ago, Dodd was fired by Bravo after an almost impressive run of awful Tweets and messages, as she said at one point that COVID only kills poor people … proudly broke mask rules and regulations at another point… and openly mocked the Black Lives Matter movement.


A few months later, Dodd trashed the latest version of her former show, The Real Housewives of Orange County.


Now, meanwhile, Kelly is back to do some more trashingg.


In a series of posts uploaded to her Twitter page las tweek, Kelly took aim (again!) Heather Dubrow, while also patting herself strongly on the back and recommending to producers who they ought to bring back next season.


First, after coming across an article in which Dubrow denied she controls casting decisions, Kelly voiced her strong disagreement.


“SHE HAD ME FIRED!!” Dodd wrote in response.


“The mistake Bravo made WAS to let me go!! I would’ve taken this POS DOWN! HD got kiss-a–es [Emily Simpson and Gina Kirschenheiter], awful to watch & it’s why ratings suck!!!”


Then, Dodd repllied to someone who described her as misunderstood and negatively edited, and slammed Heather as “critical and calculated.”


You can probably guess on which side Kelly fell when it came to this debate, right?


“Totally!! She is evil!! Anyone that puts money first is evil!” Dodd wrote of Dubrow, who Kelly has dragged on numerous occasions.


From there, Dodd tried to defend herself from accusations that she only has herself to blame for losing her Bravo gig.


“I got an overwhelming amount comments that said I got myself fired!” Kelly Tweeted.


“I got my self fired for having an oppositional opinion from the network? I’d rather be authentic and truthful and have my dignity than to be N a toxic environment.”


In her final Tweet from this barrgae, Kelly reacted to a Bravo fan page, which suggested Tamra Judge should be brought back for the upcoming season.


“I feel like Tamra will add the finishing touches to the [RHOC] revamp next season!” the fan page wrote, prompting the following response from Dodd:


As far as we know, there are no plans by the network to call upon Dodd or Judge ever again down the line.


But perhaps theree should be?


Because, let’s face it… who would NOT tune in to see what sort of nonsense Dodd says next each week?!?

Steps That Will Stop You From Getting Burnt on Multifamily Deals